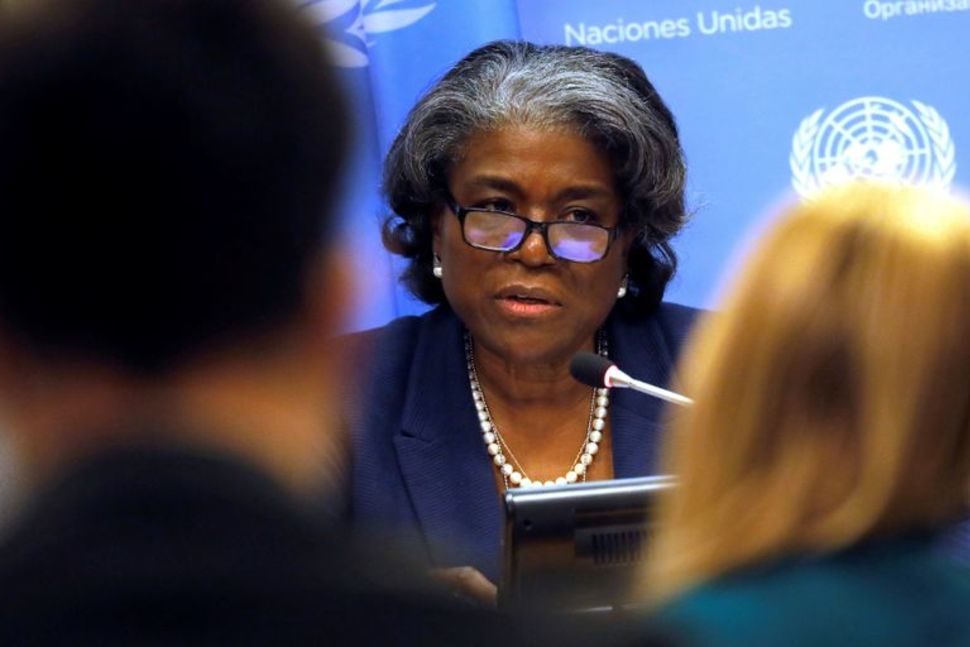 UNITED NATIONS, March 2- U.S. Ambassador to the United Nations Linda Thomas-Greenfield said on Monday she hopes to use Washington’s presidency of the United Nations Security Council in March to push for more “intense discussions” on Myanmar.

Myanmar’s elected civilian government was ousted in a military coup on Feb. 1. Myanmar’s U.N. Ambassador Kyaw Moe Tun appealed to the United Nations on Friday “to use any means necessary to take action against the Myanmar military” to restore democracy to the Southeast Asian country.

“I hope to use our time as president of the council to push for more intense discussions,” Thomas-Greenfield told reporters, adding that she planned to have a Security Council discussion on Myanmar “sooner rather than later.”

The Security Council voiced concern - in a statement last month - over a state of emergency imposed by the Myanmar military for one year, but stopped short of condemning the coup due to opposition by Russia and China.

Thomas-Greenfield said Washington was ready to use its renewed engagement at the United Nations and internationally “to press the military to reverse its actions and restore a democratically elected government.”

“But the violence we’re seeing happening now does not indicate that they’re ready to make what I would consider an easy decision for them to make,” she said. “So we do have to ramp up the pressure.”

U.N. Secretary-General Antonio Guterres has pledged to mobilize global pressure “to make sure that this coup fails.”

Myanmar state television announced on Saturday that Kyaw Moe Tun had been fired for betraying the country. He told Reuters: “I decided to fight back as long as I can.”

The United Nations does not officially recognize the junta as Myanmar’s new government as it has received no official notification of any change in government or U.N. representation.

“We have not received any communication concerning changes in the representation of Myanmar here at the U.N. in New York,” U.N. spokesman Stephane Dujarric said on Monday. “And nor have our colleagues in protocol received any information from the Permanent Mission in Myanmar on any changes in the government.”

US concerned over alleged extension of visa for 17 North Koreans

HONG KONG, Aug 31: Asian markets sank Friday as the China-US trade row burst back into view with a report that... Read More...