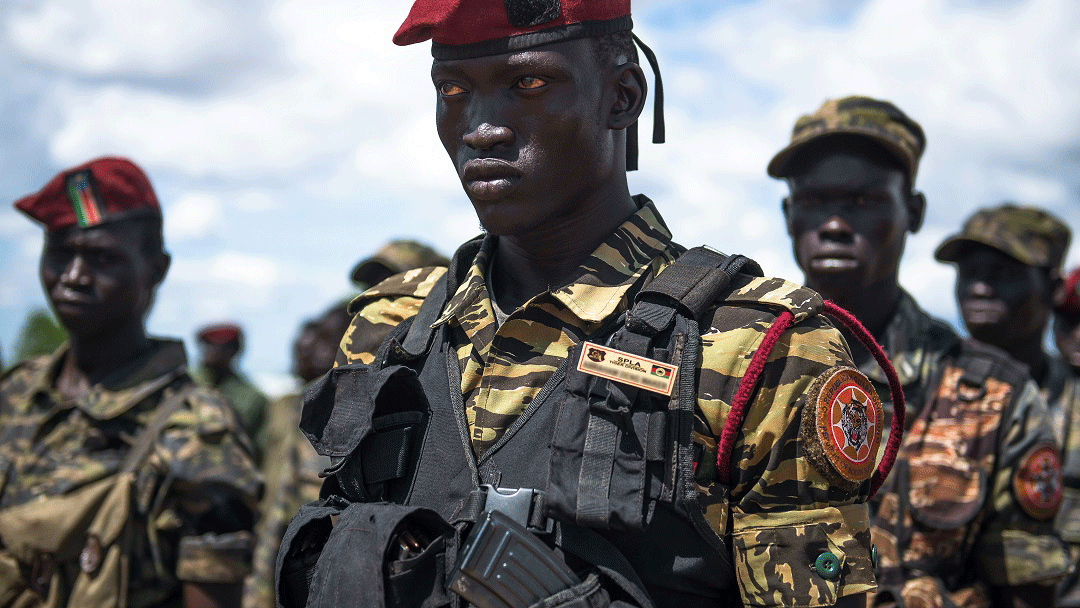 WASHINGTON, Feb 2: The United States is set to announce an arms embargo against South Sudan on Friday, three sources familiar with the decision told Reuters, stepping up pressure against President Salva Kiir to end the country’s civil war and humanitarian crisis.

The State Department is set to make the announcement later on Friday morning, according to the sources, who spoke on condition of anonymity.

The unilateral move would signal that the Trump administration has lost patience with South Sudan’s warring sides after ceasefires have been repeatedly violated.

In December 2016, the Obama administration had attempted to convince the United Nations to back an arms embargo against South Sudan.

Some top officials close to Kiir have already been sanctioned by the United States, including the once-powerful army chief Paul Malong, who was later fired and forced into exile when he quarreled with the president.

While there is no U.S. weapons trade to South Sudan, arms continue to flow into the country through neighboring states from countries in eastern Europe, according to one U.S. source.

“I urge my fellow Council members to support an arms embargo. This isn’t punishment. Nor is it a meaningless gesture. It is something we can do to actually help the people of South Sudan – to slow the violence, slow the flow of arms and ammunition, and protect innocent lives,” she told the council last Wednesday.

Any U.S. push for the U.N. Security Council to take further action against South Sudan is likely to be resisted by veto power Russia. The council sanctioned several senior South Sudanese officials on both sides of the conflict in 2015.

“The time has come to acknowledge the hard reality that the leaders of South Sudan are not just failing their people, they are betraying them. And so this Council is at a crossroads,” Haley told the council. “We cannot stand by idly as innocent civilians are murdered and raped.”

In an unusual step, the African Union on Monday said it was open to imposing sanctions on leaders violating ceasefires in South Sudan, joining a growing chorus of officials who say those prolonging the conflict must be punished. [nL4N1PO4Y3]

”We need to act against those who, with impunity, are continuing to massacre their peaceful populations,” the head of the African Union commission, Moussa Faki Mahamat, told reporters at the AU Summit held in the Ethiopian capital, Addis Ababa.

Since then, the conflict has claimed tens of thousands of lives, slashed oil production and driven about a third of the population of 12 million from their homes.

The European Union imposed an arms embargo on Sudan in 1994, which was amended to also apply to South Sudan when the country gained independence from Sudan in 2011.

Independent U.N. experts have reported to the U.N. Security Council that South Sudan’s government has spent millions of dollars on weapons as the country slid into famine and an economic crisis.

In January 2016 the U.N. experts reported that sources had told them that “Uganda either supplies South Sudan with its own stock or acquires the weapons and then transfers them to South Sudan, without necessarily involving or obtaining the consent of the primary seller.”

Last year, the U.N. experts said: “Weapons continue to flow into South Sudan from diverse sources, often with the coordination of neighboring countries.”

Japan plans to dispatch its largest warship on a three-month tour through the South China Sea beginning in May, three... Read More...

Study: Vaccinated people can carry as much virus as others
44 minutes ago