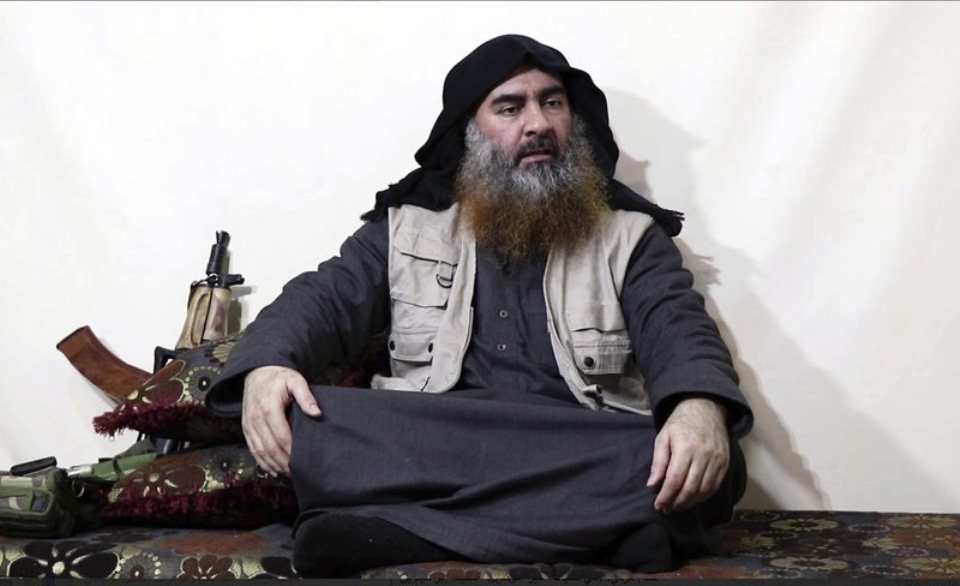 WASHINGTON, Oct 21: The Pentagon on Wednesday released its first images from last weekend’s commando raid in Syria that led to the death of Islamic State leader Abu Bakr al-Baghdadi and warned the militant group may attempt to stage a “retribution attack.”

The declassified, grainy, black-and-white aerial videos from Saturday’s raid showed U.S. special operations forces closing in on the compound and U.S. aircraft firing on militants nearby.

The most dramatic video showed a massive, black plume of smoke rising from the ground after U.S. military bombs leveled Baghdadi’s compound.

“It looks pretty much like a parking lot, with large potholes,” said Marine General Kenneth McKenzie, the commander of U.S. Central Command, which oversees American forces in the Middle East.

McKenzie, briefing Pentagon reporters, said the idea of destroying the compound was at least in part “to ensure that it would not be a shrine or otherwise memorable in any way.

“It’s just another piece of ground,” he said.

Baghdadi, an Iraqi jihadist who rose from obscurity to declare himself “caliph” of all Muslims as the leader of Islamic State, died by detonating a suicide vest as he fled into a dead-end tunnel as elite U.S. special forces closed in.

McKenzie said he brought two young children into the tunnel with him - not three, as had been the U.S. government estimate. Both children were believed to be under the age of 12 and both were killed, he said.

He portrayed Baghdadi as isolated at his Syrian compound, just four miles from the Turkish border, saying fighters from other militant groups nearby probably did not even know he was there. McKenzie suggested it was unlikely that Baghdadi used the Internet or had digital connections to the outside world.

“I think you’d find (he was using) probably a messenger system that allows you to put something on a floppy or on a bit of electronics and have someone physically move it somewhere,” he said.

“We suspect they will try some form of retribution attack. And we are postured and prepared for that,” he said.

U.S. to leave 200 American peacekeepers in Syria after pullout

WASHINGTON, Feb 22: The United States will leave “a small peacekeeping group” of 200 American troops in Syria for a... Read More...