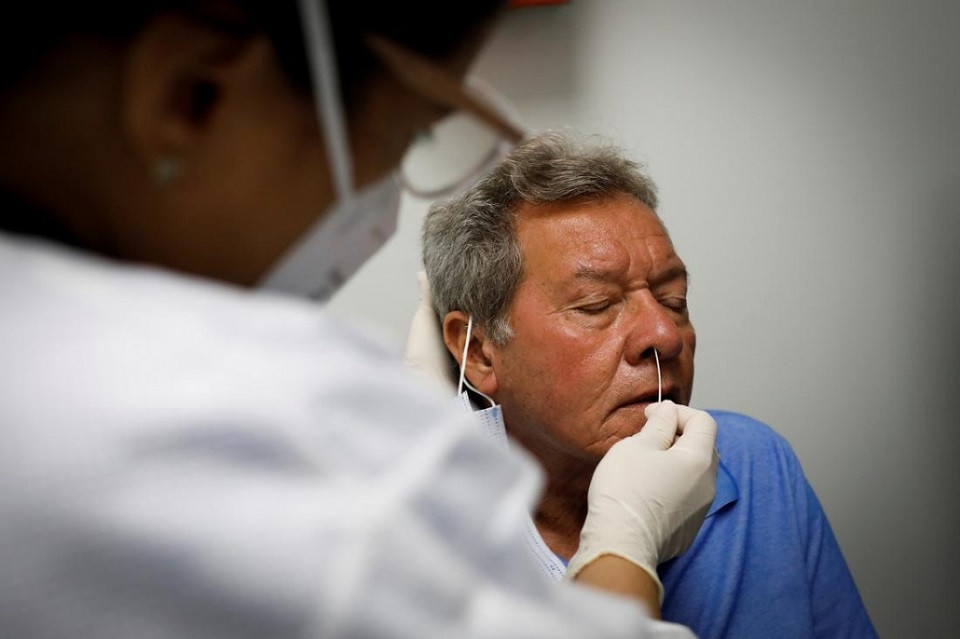 LONDON, Sept 26: The number of novel coronavirus cases in the United States topped 7 million - more than 20% of the world’s total - as Midwest states reported spikes in COVID-19 infections in September, according to a Reuters tally.

The latest milestone on Thursday comes just days after the nation surpassed over 200,000 COVID-19 deaths, the world’s highest death toll from the virus. Each day, over 700 people die in the United States from COVID-19.

California leads the country with over 800,000 total cases, followed by Texas, Florida and New York.

All Midwest states except Ohio reported more cases in the past four weeks as compared with the prior four weeks, led by South Dakota and North Dakota. South Dakota had the biggest percentage increase at 166% with 8,129 new cases, while North Dakota’s new cases doubled to 8,752 as compared to 4,243 during the same time in August.

Many cases in those two states have been linked to the annual motorcycle rally in Sturgis, South Dakota, that annually attracts hundreds of thousands of visitors.

According to a Reuters analysis, positive cases rose in half of the 50 U.S. states this month. Ten states have reported a record one-day increase in COVID-19 cases in September, including Montana, South Dakota and Utah on Thursday.

New cases rose last week after falling for eight consecutive weeks. Health experts believe this spike was due to reopening schools and universities as well as parties over the recent Labor Day holiday.

A study by researchers from the University of North Carolina at Greensboro, Indiana University, the University of Washington and Davidson College said recent reopening of college and university campuses for in-person instruction during late summer this year could be associated with more than 3,000 additional cases of COVID-19 per day in the United States in recent weeks.

U.S. confirmed cases are the highest in the world followed by India with 5.7 million cases and Brazil with 4.6 million.

The United states is currently averaging 40,000 new infections per day. Top U.S. infectious disease expert Dr. Anthony Fauci has said he would like to see the number to fall below 10,000 per day before flu season starts in October.

Health officials and President Donald Trump have presented different views about the nation’s health crisis. Trump, who is seeking re-election to a second term on Nov. 3, early this month had claimed that the United States was “rounding the corner” on the crisis. Fauci contradicted the claim the next day, saying the statistics were disturbing.

SEO, Dec 20: Any deal for North Korea to give up its nuclear arsenal must include “completely removing the nuclear... Read More...

Leader Nepal leaves for the US