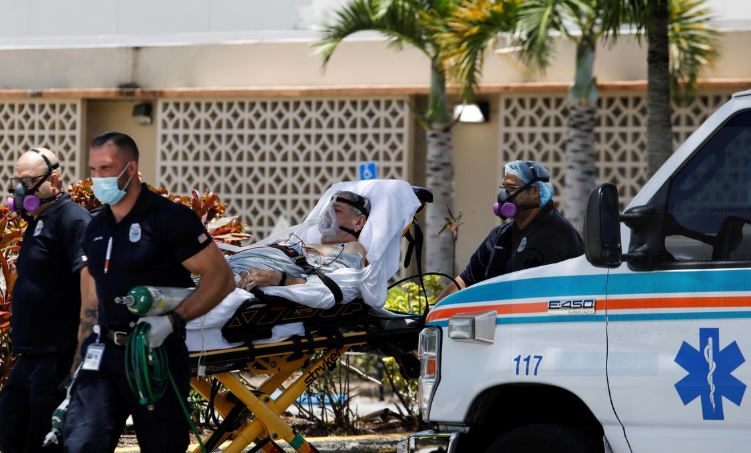 WASHINGTON DC, July 31: U.S. coronavirus deaths rose by almost 25,000 in July and cases doubled in at least 18 states during the month, according to a Reuters tally, dealing a crushing blow to hopes of quickly reopening the economy.

The United States has recorded nearly 1.8 million new cases in July out of its total 4.5 million infections, an increase of 66% with many states yet to report on Friday. Deaths in July rose at least 19% to over 152,000 total.

The biggest increases were in Florida, with over 300,000 new cases in July, followed by California and Texas with about 250,000 each. Those three states also saw cases double in June.

The United States shattered single day global records in July by reporting over 77,000 new cases on July 16. During the month, 33 out of 50 states had one-day record increases in cases and 19 set records for how much deaths rose in 24 hours, according to a Reuters tally.

After a rapid acceleration in cases, the outbreak appears to be stabilizing in Arizona, Florida and Texas. Health officials are now concerned the outbreak has migrated to the Midwest from summer travel. (Open tmsnrt.rs/2WTOZDR in an external browser for a Reuters interactive graphic)

The news that more states could be hard hit by the virus comes a day after the U.S. gross domestic product collapsed at a 32.9% annualized rate last quarter, the nation’s worst economic performance since the Great Depression.

WASHINGTON DC, Sept 24: As the latest US and Chinese tit-for-tat tariffs are about to take effect, Mike Pompeo has... Read More...

Australia lifts ban on Boeing 737 MAX, a first in Asia-Pacific region
3 minutes ago