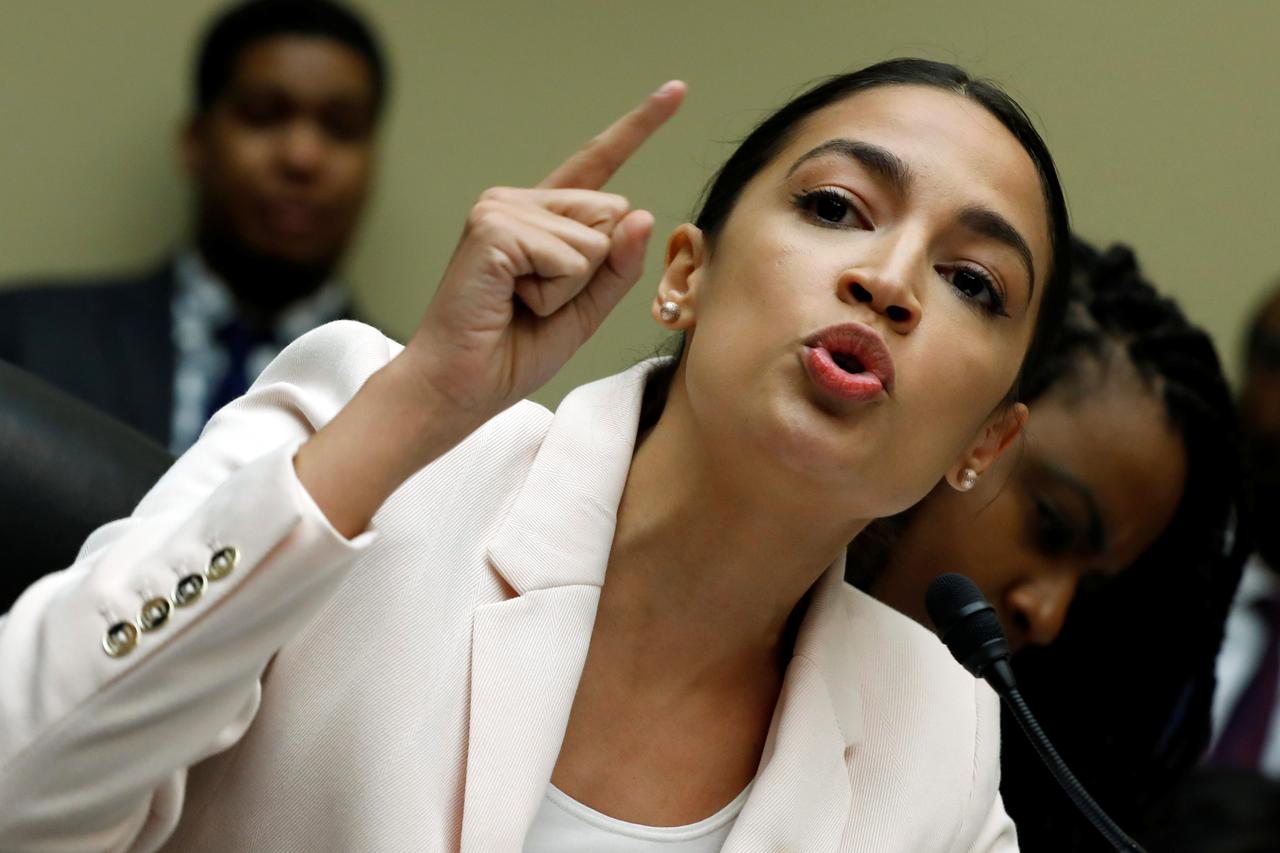 The non-binding resolution, introduced by Democratic Representatives Alexandria Ocasio-Cortez and Earl Blumenauer and Senator Bernie Sanders, “demands a national, social, industrial and economic mobilization” to “halt, reverse, mitigate and prepare for the consequences of the climate emergency and to restore the climate for future generations.”

It responds to a projection by the United Nations Integovernmental Panel on Climate that the earth could warm 1.5 degrees Celsius above pre-industrial levels in less than 12 years, causing “irreversible, catastrophic changes” to the planet.

“To address the climate crisis, we must tell the truth about the nature of this threat,” said Blumenauer.

“This is a political crisis of inaction. “It is going to take political will, political courage to treat this as an issue with the urgency that...it needs,” Ocasio-Cortez told reporters on Tuesday.

A day earlier, President Donald Trump made a speech touting his administration’s environmental record. His speech did not mention climate change, and it criticized the Green New Deal platform, co-sponsored by Ocasio-Cortez and embraced by many Democrats, which calls for rapid restructuring of the fossil-fuel dependent U.S. economy.

Sixteen of the 20 leading Democratic contenders have endorsed or co-sponsored the Green New Deal.

No vote has yet been scheduled on the resolution, which has 12 sponsors in the House and six in the Senate. Climate activists globally have been pushing governments to recognize climate change as an emergency.

In May, Britain’s parliament declared a symbolic climate change emergency, backing a call by opposition Labour leader Jeremy Corbyn for “rapid and dramatic action” to protect the environment after nearly weeks of protests by the Extinction Rebellion climate movement.

Over 740 local governments in 16 countries have also declared a climate emergency, according to the Climate Mobilization group.

Congressional Republicans have brushed off plans like the Green New Deal but are beginning to offer proposals for “market-based” approaches to protect the environment.