U.S. authorizes third shot of COVID-19 vaccines for the immunocompromised 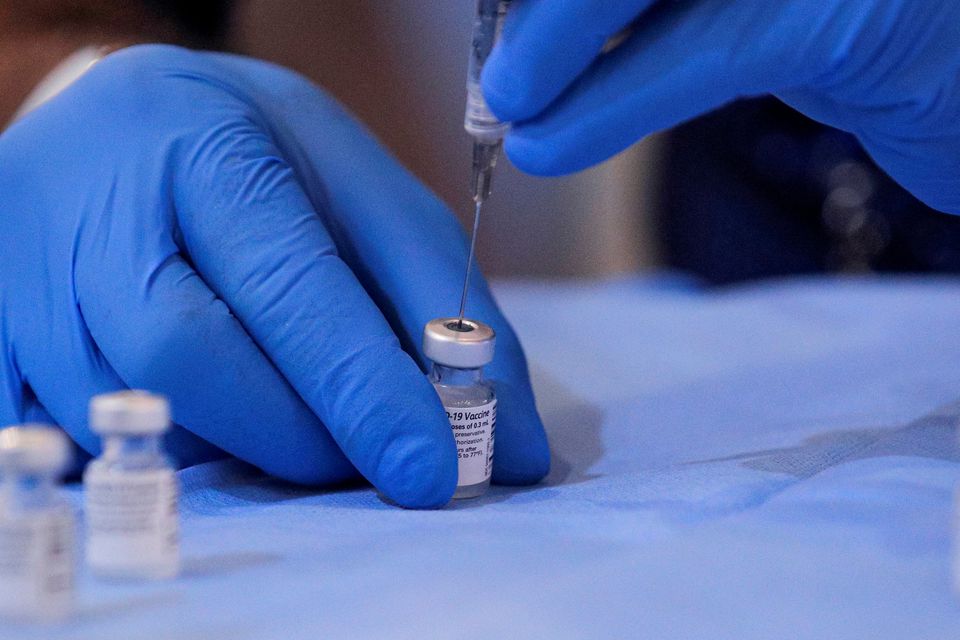 NEW YORK, August 14: U.S regulators authorized a third dose of COVID-19 vaccines by Pfizer Inc (PFE.N)-BioNTech and Moderna Inc (MRNA.O) on Friday for people with compromised immune systems who are likely to have weaker protection from the two-dose regimens.

The U.S. Food and Drug Administration amended its emergency use authorization for both vaccines on Thursday, paving the way for people who have had an organ transplant, or those with a similar level of weakened immune system, to get an extra dose of the same shot they have initially received.

An advisory panel to the U.S. Centers for Disease Control and Prevention (CDC) voted to recommend the additional shots, and the agency's director signed off on that recommendation on Friday. Immunocompromised individuals can begin receving the shots immediately, according to an agency spokesperson.

Mixing of mRNA vaccines is permitted for the third shot if their original vaccine is not available.

Patients will not need a prescription or the signoff of a healthcare provider in order to prove they are immunocompromised and receive the additional dose, according to officials.

"It will be a patient's attestation, and there will be no requirement for proof or prescription or a recommendation from an individual's healthcare provider," CDC official Dr. Amanda Cohn said, speaking before the advisory panel.

There is growing concern about breakthrough infections in vulnerable populations in the United Stats as the country sees a huge spike in new infections from the contagious Delta variant of the coronavirus.

The vulnerable group makes up less than 3% of U.S. adults, Rochelle Walensky, director of the CDC, had said before the authorization.

"After a thorough review of the available data, the FDA determined that this small, vulnerable group may benefit from a third dose of the Pfizer-BioNTech or Moderna vaccines," Janet Woodcock, the FDA's acting commissioner, wrote in a tweet on Thursday.

Woodcock said that others who are fully vaccinated do not need an additional vaccine dose right now.

The FDA's decision does not apply to people who received the one-dose Johnson & Johnson (JNJ.N) vaccine, the CDC said, because there is not enough data to support additional doses yet.

"We think that at least this is a solution for the very large majority of immunocompromised individuals, and we believe that we'll probably have a solution for the remainder in the not-too-distant future," FDA official Peter Marks told the CDC panel.

The FDA and the CDC are working to ensure that immunocompromised recipients of the J&J vaccine have optimal protection, the CDC said.

Dr. David Boulware, an infectious disease doctor at the University of Minnesota, backed the FDA decision, noting that most of the fully vaccinated patients he has seen in the hospital are immunocompromised.

Boulware said that the plan to let patients attest to their own status may lead to more people receiving the shots than intended.

"If it is left up to the honor system, I think many Americans will suddenly wake up and find themselves immunocompromised enough to get a 3rd dose," he said in an email.

Scientists are still divided over the broad use of COVID-19 vaccine boosters among those without underlying problems as benefits of the boosters remain undetermined.

Pfizer has previously said the efficacy of the vaccine it developed with partner BioNTech drops over time. read more

Moderna has also said it sees the eventual need for booster doses, especially since the Delta variant has caused "breakthrough" infections in fully vaccinated people.

Reports of infections among vaccinated people and concerns about diminishing protection have galvanized wealthy nations to distribute booster shots, even as many countries struggle to access first vaccine doses.

The World Health Organization last week called for a moratorium on COVID-19 vaccine booster shots until at least the end of September. read more

Still, Americans have already started getting additional shots, even before the FDA has authorized them. According to the CDC, more than 1.2 million people have already received one or more additional doses of a COVID-19 vaccine already.

CDC officials also presented a set of guidelines to its advisory panel on Friday that it plans to use to help make its decision about whether Americans need further COVID-19 doses more broadly.

The CDC plans to hold another meeting of its Advisory Committee on Immunization Practices in the next several weeks where booster shots will again be discussed.

JAN 27: The remaining directors of the U.S. gymnastics governing body are resigning in the wake of this week’s sentencing... Read More...