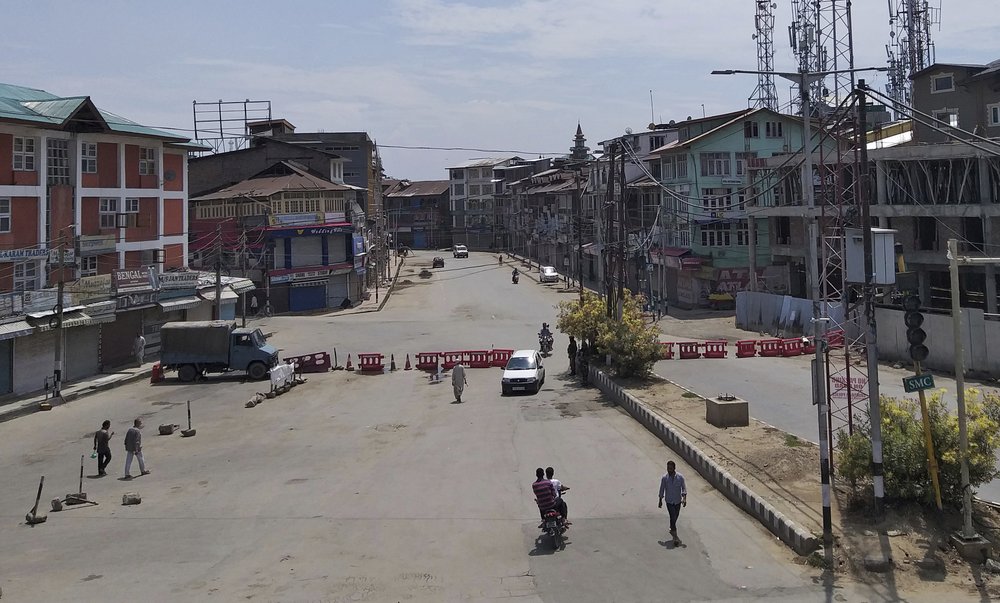 UNITED NATIONS, Aug 15: The U.N. Security Council is due to meet behind-closed-doors on Friday at the request of China and Pakistan to discuss India’s decision to revoke the special status of Jammu and Kashmir, diplomats said.

The Himalayan region has long been a flashpoint in ties between the nuclear-armed neighbors India and Pakistan. Any action by the 15-member council is unlikely as the United States traditionally backs India and China supports Pakistan.

The Aug. 5 decision by India blocks the right of the state of Jammu and Kashmir to frame its own laws and allows non-residents to buy property there. Telephone lines, internet and television networks have been blocked and there are restrictions on movement and assembly.

“Pakistan will not provoke a conflict. But India should not mistake our restraint for weakness,” Pakistan’s Foreign Minister Shah Mahmood Qureshi wrote in a letter to the Security Council on Tuesday. “If India chooses to resort again to the use of force, Pakistan will be obliged to respond, in self-defense, with all its capabilities.”

U.N. Secretary-General Antonio Guterres has called on India and Pakistan to refrain from any steps that could affect the special status of Jammu and Kashmir. Guterres also said he was concerned about reports of restrictions on the Indian side of Kashmir.

The Security Council adopted several resolutions in 1948 and in the 1950s on the dispute between India and Pakistan over the region, including one which says a plebiscite should be held to determine the future of the mostly Muslim Kashmir.

Another resolution also calls upon both sides to “refrain from making any statements and from doing or causing to be done or permitting any acts which might aggravate the situation.”

U.N. peacekeepers have been deployed since 1949 to observe a ceasefire between India and Pakistan in Jammu and Kashmir.

Minister Khadka holds talks with his Turkish counterpart
34 minutes ago