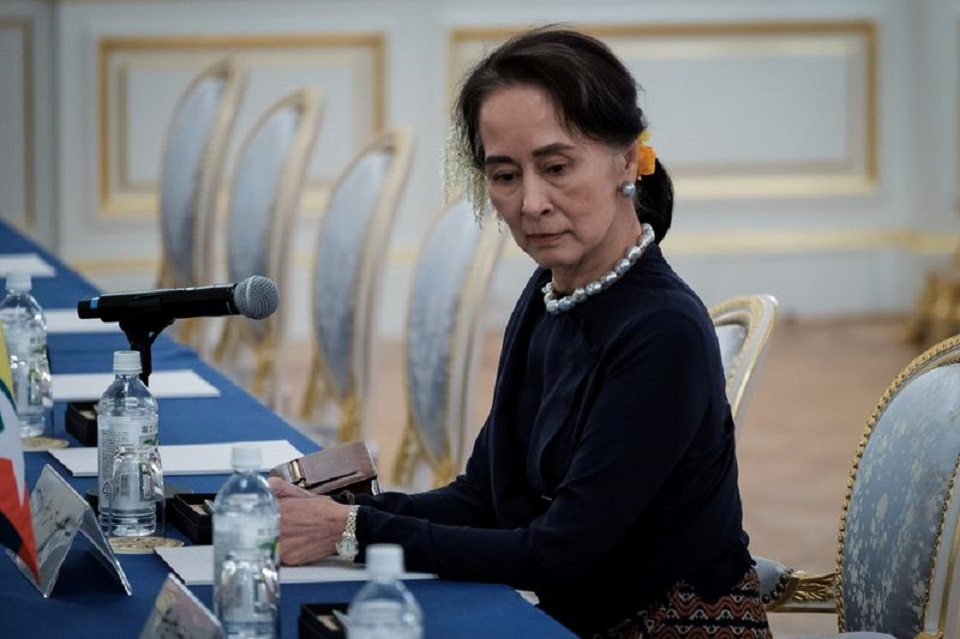 MYANMAR, Feb 5: The United Nations Security Council called for the release of Myanmar’s leader Aung San Suu Kyi and others detained by the military and stressed the need to uphold democracy, but stopped short of condemning this week’s coup.

In the United Sttes, the din of voices weighing in to warn the generals to change course grew, as U.S. President Joe Biden said the military should step down and his security adviser said the administration was considering an executive order that could include sanctions.

Myanmar’s long and troubled transition to democracy was derailed on Monday when army commander Min Aung Hlaing took power, saying there were irregularities in a November election that Suu Kyi’s party won in a landslide. The electoral commission had said the vote was fair.

The 15-member U.N. Security Council said in a statement agreed by consensus on Thursday that they “stressed the need to uphold democratic institutions and processes, refrain from violence, and fully respect human rights, fundamental freedoms and the rule of law.”

Language in the statement was softer than the original draft by Britain and made no mention of a coup - apparently to win support from China and Russia, which have traditionally shielded Myanmar from significant council action. China also has large economic interests in Myanmar and ties to the military.

China’s U.N. mission said Beijing hoped the key messages in the statement “could be heeded by all sides and lead to a positive outcome” in Myanmar.

Reuters was not immediately able to reach the Myanmar government for comment.

Nobel Peace laureate Suu Kyi, 75, has not been seen since her arrest. Police have filed charges against her for illegally importing and using six walkie-talkie radios found at her home.

Biden said the United States was working with allies and partners to address the generals’ takeover.

“There can be no doubt in a democracy force should never seek to overrule the will of the people or attempt to erase the outcome of a credible election,” said Biden.

Two U.S. senators, one Democrat, one Republican, said they would introduce a resolution on Thursday calling on Myanmar’s military to step back from the coup or face consequences, notably sanctions.

National security adviser Jake Sullivan told a news briefing that the Biden administration was looking at targeted sanctions on individuals and on entities controlled by the military.

But it is unclear how effective such a move would be. The generals that seized power have few overseas interests that could be affected by financial sanctions.

The International Monetary Fund, which transferred $350 million to Myanmar just days before the coup to help combat the coronavirus pandemic, said it would be “in the interests of the government, and certainly the people of Myanmar that those funds are indeed used accordingly.”

‘LIGHTS IN THE DARK’

Over 140 people have been detained since the coup, including activists, lawmakers and officials from Suu Kyi’s government, Myanmar’s Assistance Association for Political Prisoners (AAPP) said.

At least four people were arrested on Thursday, including three who took part in a street demonstration and a teenager who was banging a pot in part of what have become nightly protests against the coup.

Win Htein, 79, a long time supporter of Suu Kyi, told Reuters early on Friday that he had been arrested and was being taken by police officers in a car from Yangon to the capital, Naypyidaw.

In a country with a bloody history of crackdowns on demonstrations, there has been no mass outpouring of opposition on the streets.

But doctors have helped spearhead a campaign of civil disobedience that has also been joined by some other government employees, students and youth groups.

“Lights are shining in the dark,” said Min Ko Naing, a veteran of past campaigns against military rule, in a call to action. “We need to show how many people are against this unfair coup.”

In the face of the dissent, Myanmar’s junta has blocked Facebook, trying to shut off an important channel for opposition. Demand for VPNs surged over 4,000% as people sought to defeat the ban.

The Ministry of Communications and Information said Facebook would be blocked until Feb. 7, because users were “spreading fake news and misinformation and causing misunderstanding”.

Hlaing has moved quickly to consolidate his grip on power. He told a business group on Wednesday night he could remain in charge for six months after a one-year state of emergency ends in order to hold fair elections.

But in a show of defiance to the generals, about a dozen lawmakers from Suu Kyi’s party convened a symbolic parliamentary session on Thursday.

The daughter of the former British colony’s independence hero Aung San and the longtime leader of its democracy movement, Suu Kyi spent about 15 years under house arrest between 1989 and 2010. She was awarded the Nobel Peace Prize in 1991.

She remains hugely popular at home despite damage to her international reputation over the plight of Muslim Rohingya refugees.

The NLD won about 80% of the parliament seats in the November election and trounced a pro-military party, according to the election commission.

MYANMAR, Feb 14: Thousands of protesters took to the streets in Myanmar’s major cities for a ninth straight day of... Read More...