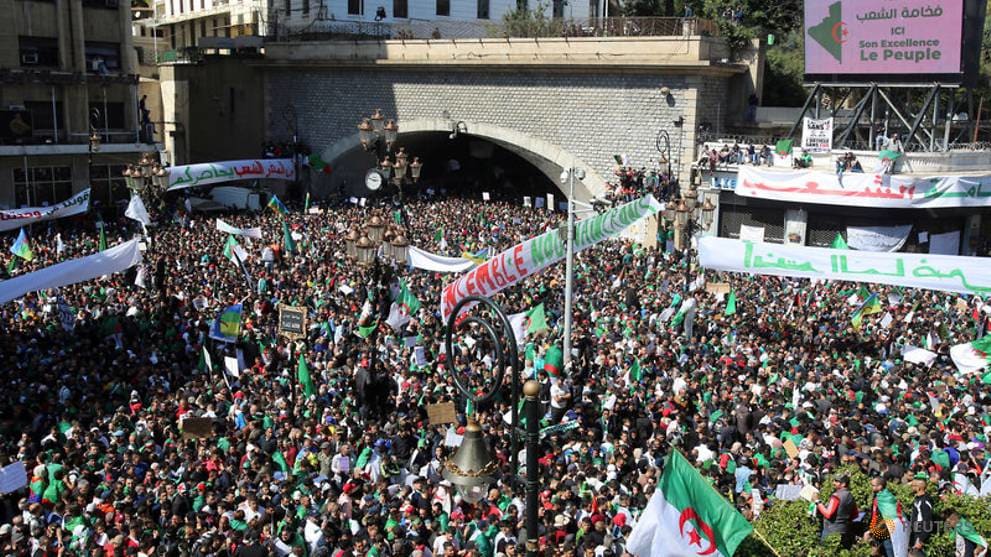 ALGIERS, March 31: U.N. Secretary-General Antonio Guterres said on Sunday that he welcomed efforts towards a peaceful and democratic transition in Algeria, where weeks of protests have pushed for President Abdelaziz Bouteflika to end his 20-year rule.

Addressing an Arab League summit in Tunis, Guterres said any steps should be made in a way “that addresses the concerns of the Algerian people in a timely way”.

On Saturday, the army chief of staff, Lieutenant General Ahmed Gaed Salah, renewed a call for the Constitutional Council to rule whether the ailing 82-year-old Bouteflika is fit to rule, a move provided for under article 102 of the charter.

But his attempt to break the political impasse has failed to placate demonstrators, who reject military intervention in civilian matters and want to dismantle the entire ruling elite, which includes veterans of the war of independence against France, army officers, the ruling party and business tycoons.

Several close allies, including some members of the ruling FLN and union leaders, have abandoned Bouteflika, who has rarely appeared in public since suffering a stroke in 2013.

Leading Algerian businessman Ali Haddad, who was part of President Abdelaziz Bouteflika’s inner circle, has been arrested at the Tunisian border, a close associate said on Sunday.

“Yes, Haddad has been arrested,” his associate told Reuters on condition of anonymity, without elaborating. Several Algerian television stations broadcast news on the detention of Haddad, a media magnate who helped to fund Bouteflika’s election campaigns over the years.

Over 300 loan defaulters added to blacklist as fiscal year nears end
22 hours ago
‘Diplomatic note’ sent to India seeking action against dissemination of blasphemous material about Nepal, its political leadership
10 hours ago