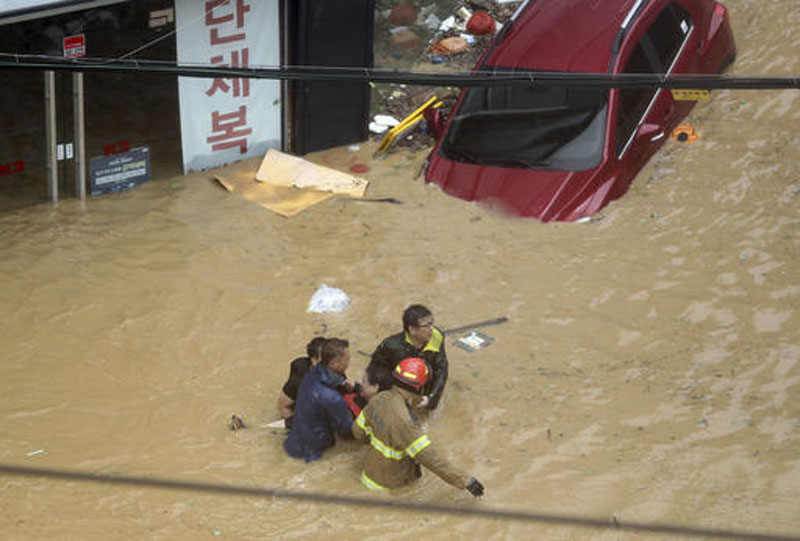 Typhoon Chaba caused strong winds and heavy rain in southeastern South Korea and the southern resort island of Jeju on Tuesday and Wednesday. The storm later dissipated after moving off the east coast.

The seven dead include one person who fell from a breakwater and another who fell from the roof of a house, the Ministry of Public Safety and Security said in a statement.

It said the typhoon made 190 others homeless and temporarily left about 229,000 households without power.

Another typhoon, Lionrock, hit a remote area of North Korea in late August, causing floods that are estimated to have killed more than 130 people and left 400 others missing. The Red Cross estimates that 70,000 people were made homeless in North Hamgyong province.