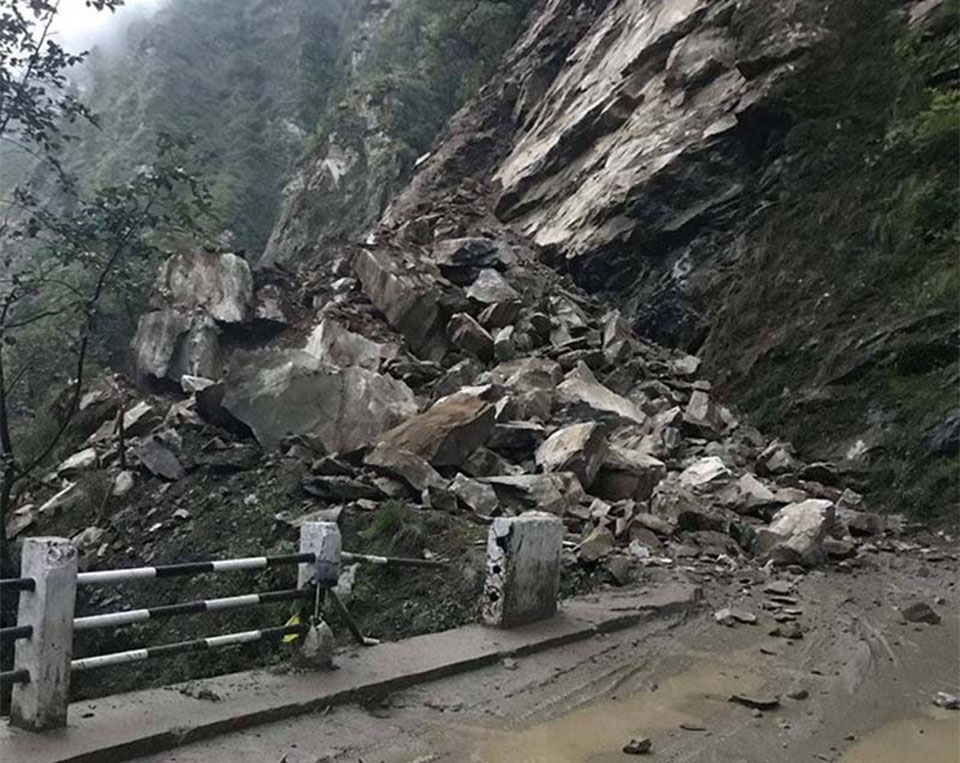 RASUWA, Sept 16: Two people lost their lives while nine are injured due to a landslide that took place in the tunnel way of the Rasuwagadhi hydropower project on Saturday night.

The deceased have been identified as Ramesh Kaprola, 22 of Hetauda sub-metropolitan city-11 and 50-year-old Bhim Roka of Bhume rural municipality-9 in Rukum.

Out of the injured, four have been taken to Kathmandu while rest five are receiving treatment at Chinese Camp, Timure informed District Police Office, Rasuwa.

KALIKOT, April, 21: Four persons were killed in a landslide that took place on Thursday evening at the place close... Read More...

MYAGDI, Aug 17: A person who was injured in a landslide that occurred at Galeshwor of Beni Municipality-1, Myagdi Tuesday... Read More...

Sujita death case: One arrested for ‘abetting’ suicide
22 hours ago

Tokyo Olympics: Judo Player Soniya Bhatta fails to qualify to next round
20 hours ago