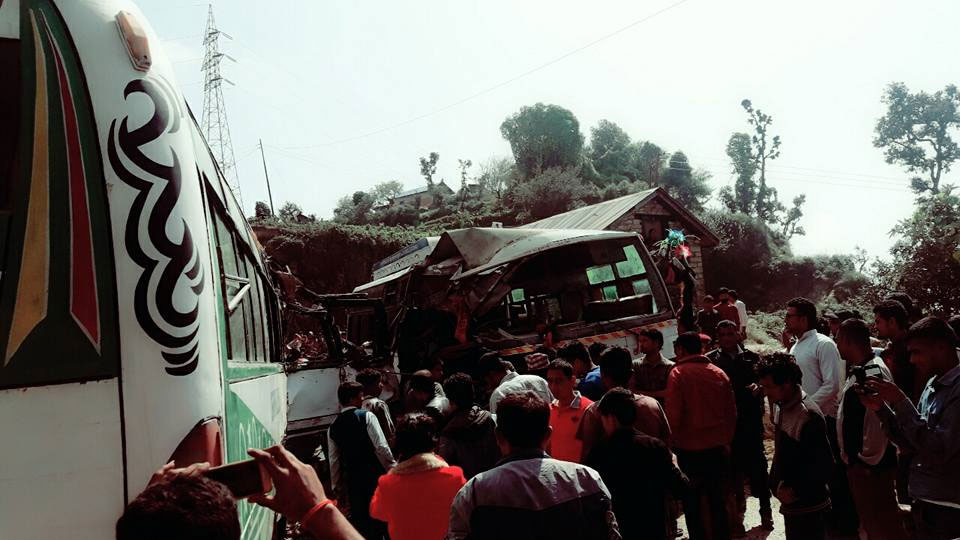 DOTI, Oct 17: Two people were killed while 24 others sustained injuries in a vehicular collision at Gorani of Jorayal Rural Municipality along the Bhimdatta Highway on Tuesday.

Fifteen among those injured, whose condition is critical, have been referred to Seti Zonal Hospital for treatment. The rest have been taken to sub regional hospital, Dadeldhura, informed Doti District Police Office.

The accident took place when a passenger bus, Na 4 Kha 6856, belonging to Ugratara Yatayat, heading to Jogbudha from district headquarters Dadeldhurea collided head-on with another bus coming from the opposite direction.

According to ASI Chanda, both the vehicles involved in the accident have been badly damaged. The transport was briefly halted due to the road accident as the vehicles were still lying on the road.

KATHMANDU, Mar 23: Three people were killed while 16 others sustained injuries as a bus met with an accident at Charghare... Read More...

DOTI, Oct 19: At least three people were killed while 10 others sustained injuries in a bus accident that occurred... Read More...