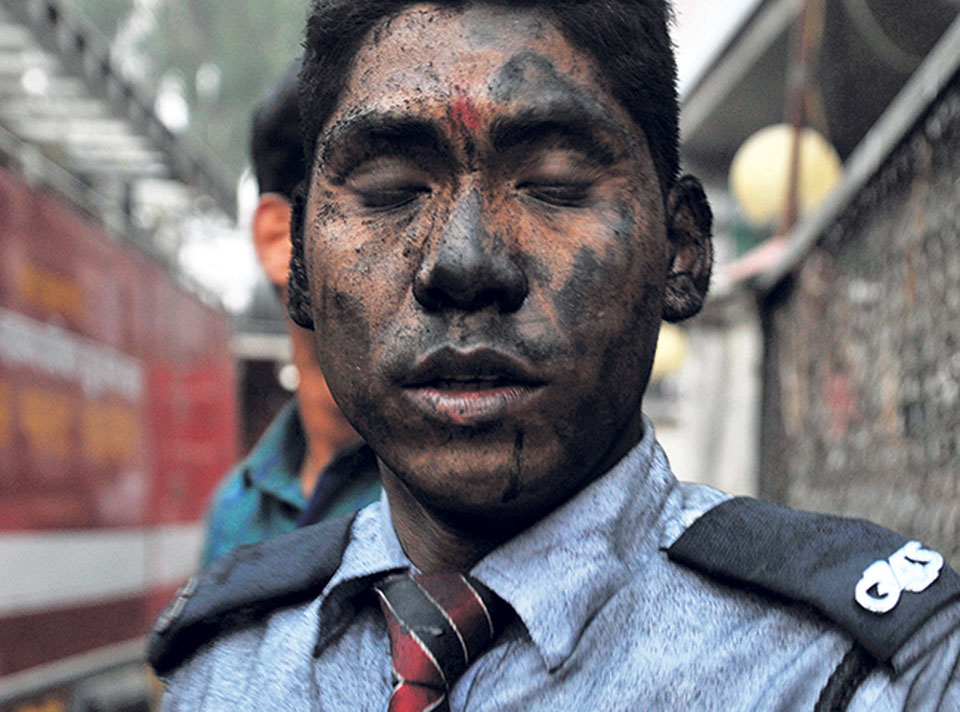 KATHMANDU, March 22: Two persons were injured after a building which housed a hotel and a sweetshop at Sundhara caught fire on Wednesday evening.

According to police, one man and a woman were injured after the building which housed Gulab sweetshop and Shalimar Hotel caught fire at around 6 pm. The injured who were suffocating from thick smoke that ensued after the fire were rushed to Bir Hospital for treatment.

Preliminary findings of police showed that the building caught fire due to the electric short circuit in the underground parking area of the building.

“A generator was in the underground parking as well as petrol and diesel. We suspect that led to fire in the building,” said Gyanendra Karki, spokesperson of the Kathmandu Metropolitan City (KMC) office. The building which caught fire is adjoined to the compound of the KMC office.

KMC officials said that all the guests living in the hotel are safe. However, the extent of the damage by the fire is yet to be ascertained.

Security personnel responding to a fire at a commercial building at Sundhara in Kathmandu on Wednesday evening. Two persons were injured in the fire that started from the ground floor of the building housing a hotel and a sweets shop Wednesday evening. Fire brigades were also on the scene. The fire was caused by an electrical short circuit, police said. Photo: Republica

Eight die in fire at hotel in Ukraine

KIEV, Aug 17: Eight people died and 10 more were injured in a fire early on Saturday in a private... Read More...