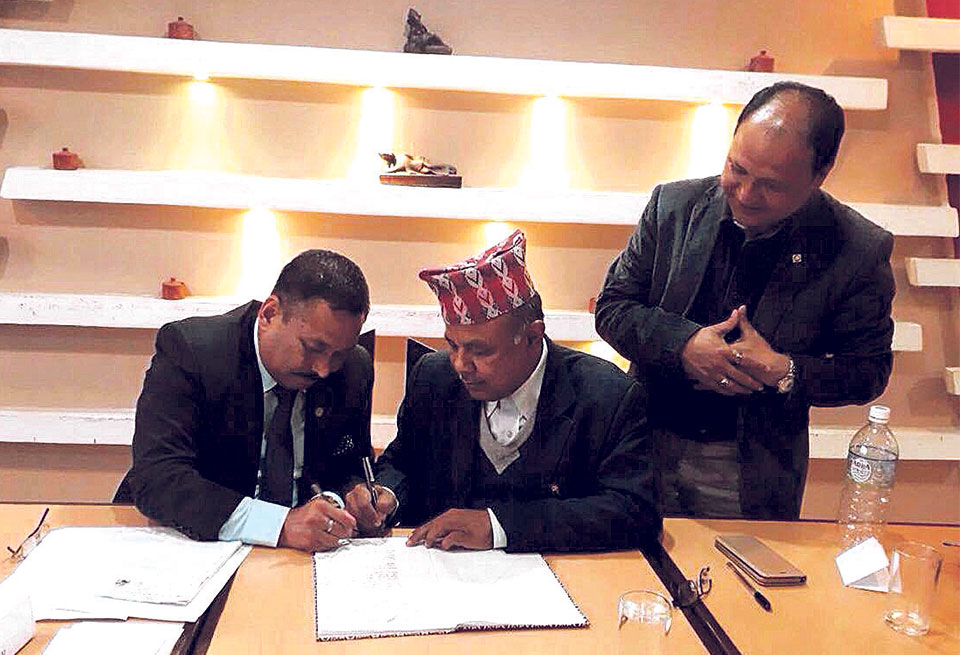 KATHMANDU, March 26: Two associations of jewelers have signed an agreement to unify for forming a single umbrella body.

“There is a number of grievances in the trade of these valuable stones and metals. Unification of the two federations will help mitigate this problem,” Sunar said. He further said that the present import quota cannot meet the demand for the yellow metal in the market.

“Handmade Nepali jewelers have not been able to get due recognition in the international market despite having immense potentials. The government should create environment conducive for traders to increase export of jewelry and other metal products,” Sunar said, adding:  “I am hopeful that we can strongly lobby with the government to resolve these issues once the unification process is complete.”

Maharjan said that both the federations had tried to unify five years ago also. “However, we failed to reach to a consensus then,” he said: adding, “As traders were forming different associations at regional and district level, we decided it was high time we form a strong and unified body at the center. The unification process took off this time as office-bearers of both the federations had a common will of forming a strong body.”

Seconding Sunar's claim, Maharjan also stated the unified entity will work to promote Nepali jewelry by organizing and participating in expos and fairs at both national and international level.

There are roughly 25,000 jewelers across the country, according to Maharjan. The number grew by at least 15 percent in 2017 compared to a year earlier, he added.

KATHMANDU, Feb 19: The CPN (Maoist Center) has said it is holding internal discussions to conclude the party unification with... Read More...

House session put off until March 10
6 hours ago