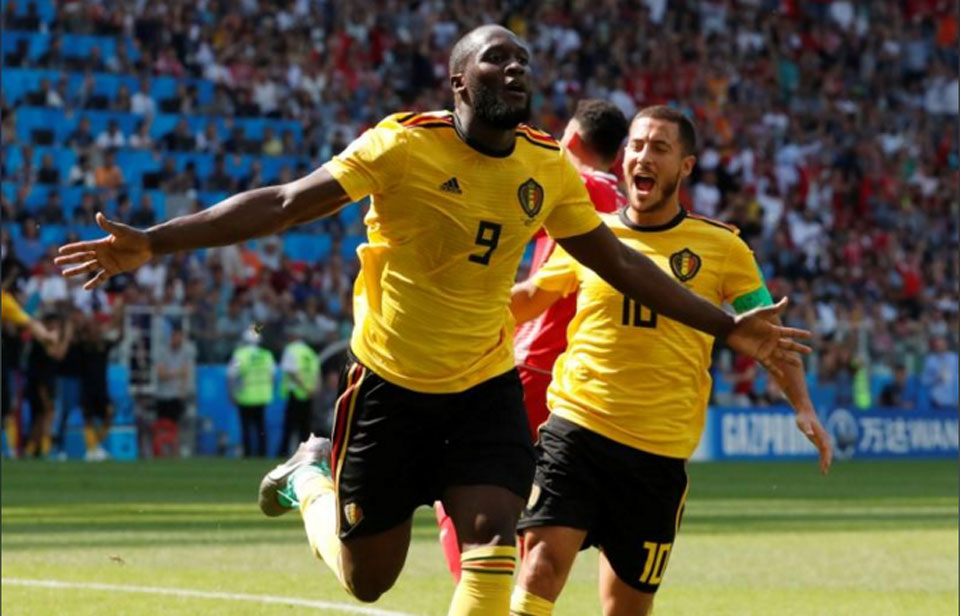 MOSCOW, June 23: Two goals each for Romelu Lukaku and Eden Hazard and one for Michy Batshuayi swept Belgium to a 5-2 victory over Tunisia on Saturday that put them in command of World Cup Group G and underlined their status as one of the tournament favourites.

After racking up two wins and a goal difference of plus-six Belgium are virtually assured of advancing but it is not yet guaranteed - and they will be aware that they will need to tighten up at the back to handle the threat of the big guns deeper into the tournament.

Should they lose their final game against England, currently on three, and pointless Panama somehow beat England and Tunisia, all three would have six points and the top two would be decided on goal difference.

Tunisia, also without a point after two matches, having extended their 40-year World Cup winless run to 13 games, are also still in with a theoretical chance of making it on through three points.

Belgium were much the better team, looking dangerous on almost every attack, but they were seriously aided and abetted by some ragged defending and non-existing marking from their opponents.

Syam Ben Youssef needlessly crashed into Hazard to give away a sixth-minute penalty, which he calmly converted.

Ali Maaloul then gave the ball away at halfway after 16 minutes, Dries Mertens drove forward before rolling it into the path of Lukaku to plant it low into the corner.

Tunisia hit back two minutes later with a Dylan Bronn header as Belgium’s own sometimes shaky defending was exposed but another misplaced Tunisian pass enabled Thomas Meunier to feed his goal-hungry striker as Lukaku clipped in to make it 3-1 in stoppage time.

Following his double in the 3-0 win over Panama it took the him to four goals for the tournament, level with Portugal’s Cristiano Ronaldo, and made him Belgium’s highest scorer at a single World Cup – after one-and-a-half games.

An inch-perfect Kevin de Bruyne pass sent Hazard clear for his second six minutes after the restart, the midfielder showing superb balance and skill to round keeper Farouk Ben Mustapha and tuck home to effectively end the contest.

Substitute Batshuayi missed a hat-trick of fantastic chances within five minutes before finally finding the target in the 90th with a good finish. Belgium were generally on cruise-control for the final half hour, though the North Africans had the last word as Wahbi Khazri scored in stoppage time.

BORDEAUX, France, June 18: After a poor start to the European Championship, Belgium began living up to its promise on... Read More...