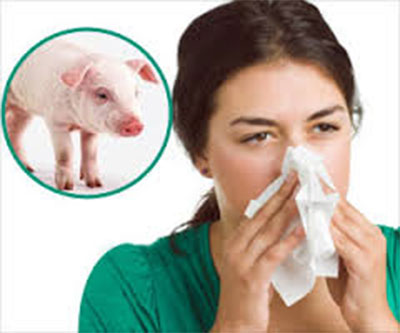 ILAM, August 4: Two women have died apparently due to swine flu. According to District Health Office, Jhapa, Anita Devi Mittal, 34, of Birtamod Municipality-4 and Manisha Agrawal, 47, of Birtamod-1 died because of this decease.

The DHO has formed a probe panel led by Dr. Duryodhan Yadav to look into the case after it received information on the death of two women.

The team has investigated the case by visiting the houses of the victims based on the hospital reports.

According to doctors, the swine flu is transmitted to human beings through swine or pigs. Transmitted via air, the symptoms of cough and cold are seen in the patients of swine flu.

This contagious flu spreads from person to person through H1N1 virus. Doctors have advised locals to refrain from patients suffering from swine flu and maintain hygienic behavior to prevent from this disease.

JHAPA, August 2: Two women from Jhapa district succumbed to swine flu during their treatment at the same hospital in... Read More...

Time and again we hear the alarming news that certain deadly flu virus has been detected in our city too.... Read More...

GORKHA, August 14: Swine flu has been detected in three persons from Gankhu and two from Laxmi Bazaar here in... Read More...