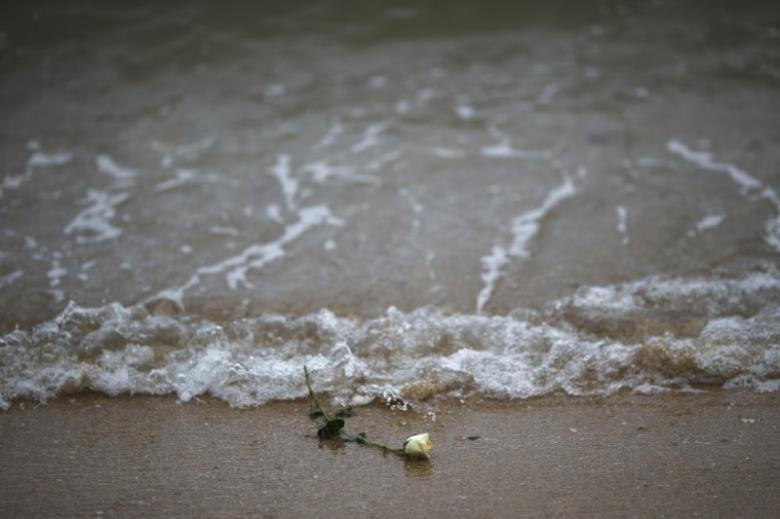 At least 400 victims of Asia's 2004 tsunami that killed 226,000 people remain unidentified in Thailand 12 years on, police said on Monday.

The 9.15 magnitude Dec. 26 earthquake triggered a tsunami across the Indian Ocean in one of the biggest natural disasters in history.

Thailand, Indonesia, India and Sri Lanka were among the worst hit countries. Some 5,395 people were killed in Thailand, among them about 2,000 foreign tourists.

"Since the 2004 tsunami, authorities have contacted between 4,000 to 5,000 relatives to come and receive bodies. There are about 400 bodies that we cannot identify," Anand Boonkerkaew, deputy superintendent of Takua Pa district police in Phang Nga province, told Reuters.

Thailand's tourist high season is in full swing and in much of the area affected by the tsunami, it is business as usual. New hotels have replaced those flattened by the wall of water.

Critics have said Thailand's tsunami warning system remains inadequate, partly because it isn't maintained properly. The government has said it is in good order.

DADELDHURA, Sept 17: Over 200 families in Dadeldhura displaced by floods in 2003 are forced to live in a pitiable condition... Read More...

KATHMANDU, Aug 18: Recent reviews carried out by the Crime Investigation Department (CID) of Nepal Police have turned up 862... Read More...

Is Nepal prepared to deal with floods in light of COVID-19?
11 hours ago

Only two electric vehicles got customs clearance on May 27: Customs Department
12 hours ago

PHOTOS: 169 Nepalis arrive at TIA from UAE
2 hours ago

India set to reopen temples, malls but no sprinkling of holy water
4 hours ago