TV is over the moon with specials recounting 1969 landing 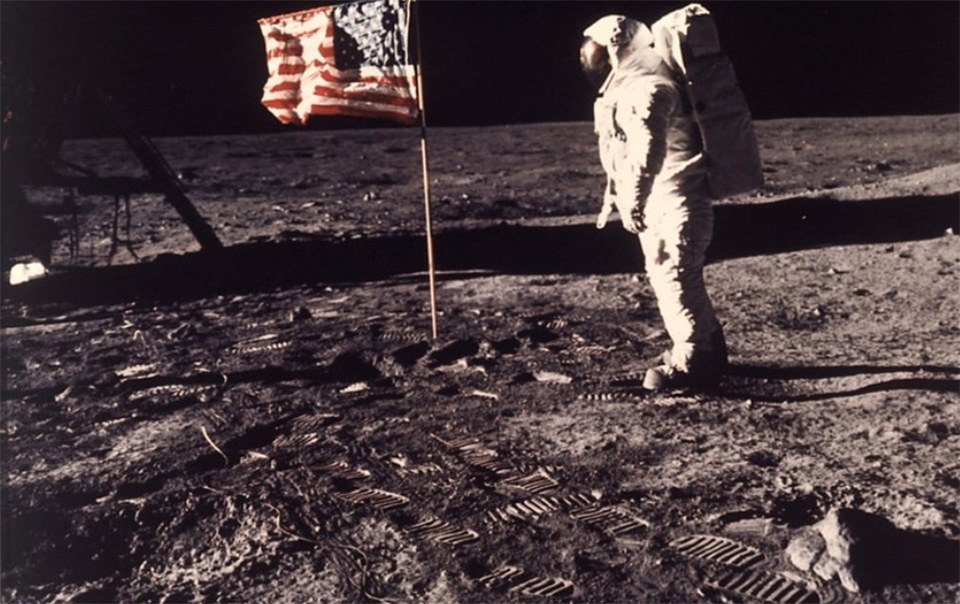 LOS ANGELES, July 6: The 1969 moon landing turned an achievement seen only in the imagination and sci-fi movies into a most improbable television event, a live broadcast starring Neil Armstrong and a desolate landscape.

The astounding images from more than 200,000 miles away mesmerized viewers, a feat TV hopes to replicate leading up to the Apollo 11 mission’s 50th anniversary on July 20.

There’s a galaxy of programs about the science, the people and the sheer wonder of the voyage, including documentaries with footage and audio not made public before and, of course, modern special effects to make it all the more vivid.

— “The Day We Walked on the Moon,” 9 p.m. Sunday, Smithsonian Channel. A by-the-minute description of the day of the moon mission by those who were part of it, including astronaut Michael Collins, and those who viewed it from afar, such as Queen guitarist and scientist Brian May.

— “American Experience: Chasing the Moon,” PBS and pbs.org, 9 p.m. July 8-10 (check local listings). Robert Stone’s six-hour documentary, narration-free and using only archival footage, tracks the space race from its start to the lunar landing and beyond, examining the scientific innovation, politics, personal drama and media spectacle that propelled it.

— “From the Earth to the Moon,” HBO platforms starting July 15. The 1998 miniseries is back with its original visual effects replaced by computer-generated ones based, according to HBO, on NASA reference models. The cast includes Sally Field, Gary Cole and Tom Hanks, who also produced the drama available on HBO Go, HBO Now and HBO On Demand. A HBO channel marathon airing of all 12 episodes begins at 8:45 a.m. July 20.

— “8 Days: To the Moon and Back,” PBS, 9 p.m. July 17 (check local listings). Co-produced by PBS and BBC Studios, the new film tracks the mission from countdown to splashdown with a combination of recently declassified audio, interviews with the Apollo 11 crew, mission re-enactments, archival TV news footage and photographs.

— “NASA’s Giant Leaps: Past and Future,” NASA TV and Discovery Science Channel, 1 p.m. July 19. A salute to the Apollo astronauts and to the space agency’s future missions, broadcast from the Kennedy Space Center and with segments from the Johnson Space Center in Houston and the Museum of Flight in Seattle, where the Apollo 11 command module is on display.

“Apollo: The Forgotten Films,” Discovery, 8 p.m. July 20. Footage from NASA, the National Archives, news reports and other sources provides a behind-the-scenes look at how engineers, scientists and astronauts achieved the moon landing goal set earlier in the decade by President John F. Kennedy.

“The National Symphony Orchestra Pops presents Apollo 11: A Fiftieth Anniversary,” PBS, 9 p.m. July 20. NASA, the Kennedy Center for the Performing Arts and the symphony collaborated for this musical and visual tribute to the moon landing, with appearances by Pharrell Williams, Natasha Bedingfield and LeVar Burton. Meredith Vieira and Adam Savage host.

— “Apollo 11,” CNN, 9 p.m. July 20. The documentary film from director-producer Todd Douglas Miller recounts the mission from the Saturn V rocket’s transport to its launch pad to the astronauts’ return to Earth, using newly discovered 70mm footage, extensive audio recordings and other digitized and restored material from the National Archives and NASA.

— “Moon Landing Live,” BBC America, 9 p.m. July 20. News archives from around the world and NASA footage are used to recount the mission’s ambition and achievement and how it captured international attention.

— “Confessions from Space: Apollo,” Discovery, 10 p.m. July 20. The program with the tabloid-sounding title gathers six astronauts who took part in Apollo program missions to jointly share their memories and insights. Among them are Apollo 11′s Collins and Buzz Aldrin and Charles Duke of Apollo 16.