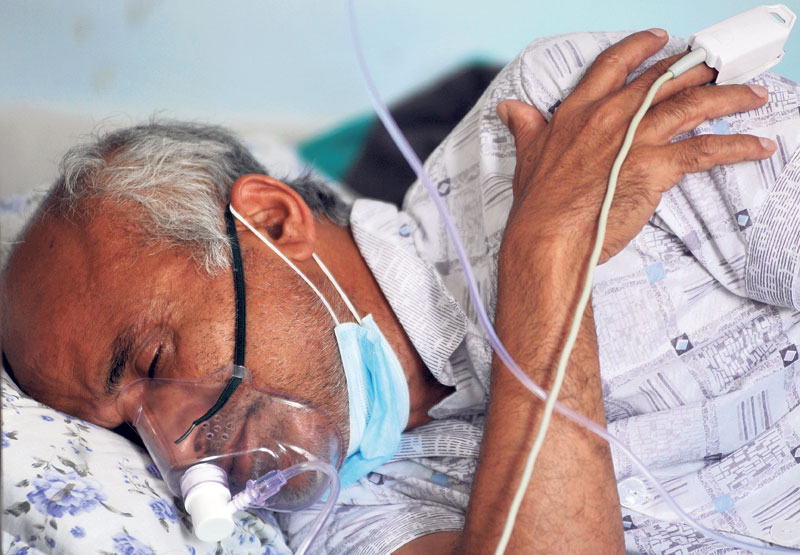 KATHMANDU, Oct 6: Resident doctors at Tribhuvan University Teaching Hospital (TUTH) have decided to boycott all the hospital services except emergency from Thursday.

Around 2,000 patients visit TUTH every day and there are 250 to 300 resident doctors there, according to the National Resident Doctors' Association (NRDA).

The resident doctors have boycotted the out-patient department (OPD) since Tuesday to support the hunger strike staged by Dr Govinda KC. Hundreds of patients were affected by the OPD boycott on Wednesday also.

“We will not participate in any of the hospital services except emergency from tomorrow,” said Dr Leison Maharjan, president of NRDA. “We feel forced to continue our support for Dr KC's strike as the government has not taken any step to address his demands,” he added.

The academic activities at the Institute of Medicine (IOM) were also boycotted by the resident doctors from Sunday. However, paramedics, faculty members and medical officers have not halted their services, according to  TUTH authorities.

Dr KC, the senior orthopedic surgeon at TUTH who is demanding that the proposed medical education bill be approved by the ongoing session of Parliament, began his ninth fast-unto-death from September 26. However, the government is planning to end the parliamentary session before addressing his demands.

Dr KC launched his latest strike claiming that the government has failed to address his demands as agreed.

His demands include implementation of former agreements, passing of the medical education bill by the current session of Parliament, initiation of the impeachment of Lok Man Singh Karki, chief of the Commission for Investigation of Abuse of Authority, and CIAA Commissioner Raj Narayan Pathak, and implementation of the fee structure proposed by the Mathema Commission.

Meanwhile, Dr KC's condition is deteriorating seriously. “His condition on the 10th day today of the ongoing strike is like what it was on the 13th and 14th days of his earlier hunger strikes," said Dr Maharjan, adding, "His oxygen level is fluctuating and he cannot breathe without supplemental oxygen administered via a facemask.”

“We have not received any information about the government moving to address Dr KC's demands,” said Dr Maharjan.
The government has tabled a bill in Parliament to address KC's demands. But he insists on the approval of the bill by the current session itself.

KATHMANDU, July 18: Nepal Medical Association (NMA) has decided to shut down health services except for emergency in all public and... Read More...