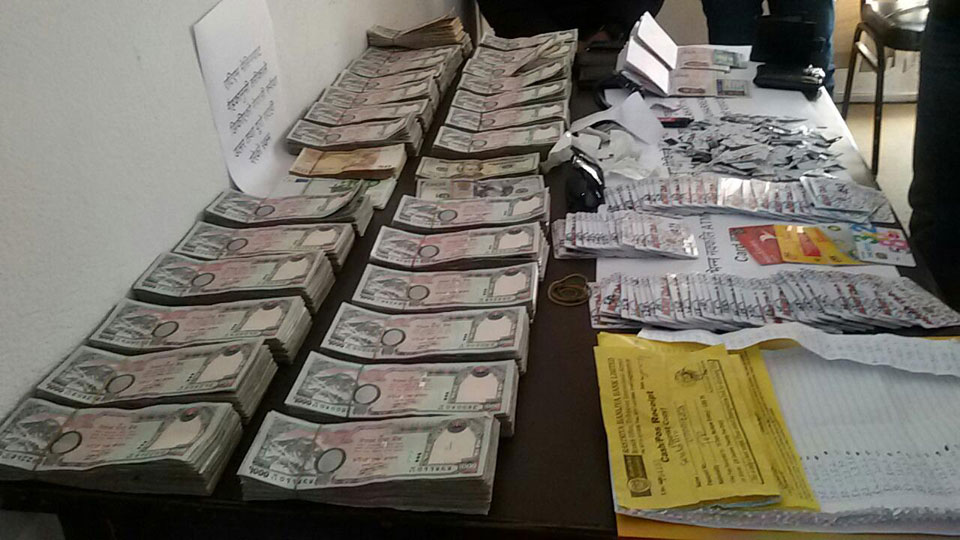 The arrestees are Muhareem Uzun, 52 and Selahattin Yabar, 32. They were arrested from the Kantipath-based Hotel Yellow Pagoda, police said.

The duo has been accused of withdrawing money from other’s bank account through the Nabil Bank’s ATM booth in Kantipath. Police have confiscated Rs 2.6 million, USD 1,650, 113 ATM Cards, two mobile sets and eight pages of paper printed with pin numbers.

Police investigation revealed that they withdrew money from ATM cards that they had brought from Europe and were preparing to leave Nepal on November 12 after exchanging Nepali rupees with USD.

Of late, police have arrested scores of foreigners for their alleged involvement in ATM skimming.

KATHMANDU, July 20: Lalitpur Police on Thursday arrested a thug on the charge of fleecing fresh students of Rs 300,000... Read More...

Taleju Bhavani Temple opened for a day
5 minutes ago