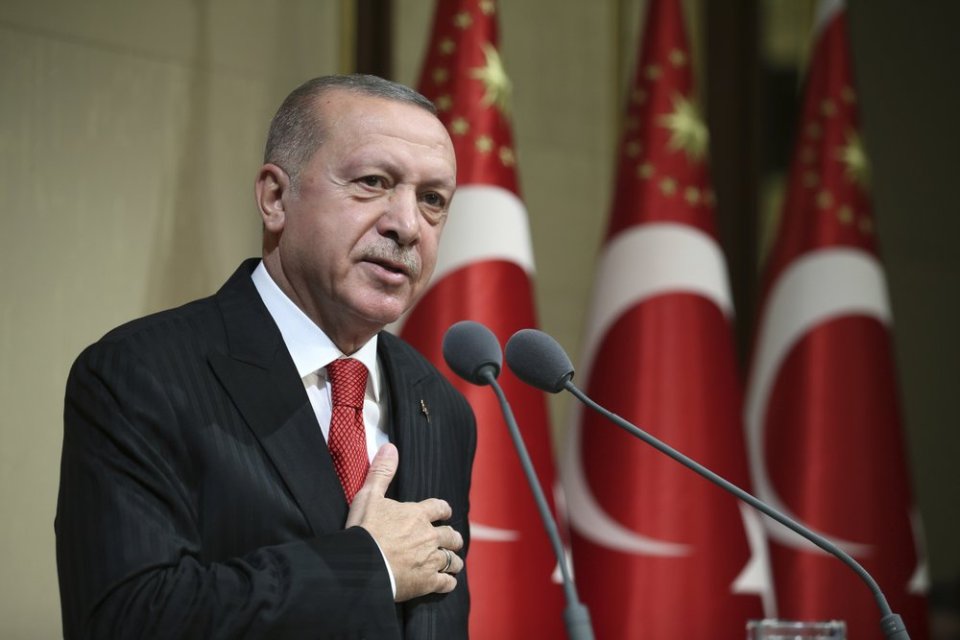 The Turkish ministry said in a statement that it rejects the nonbinding House resolution to recognize the century-old mass killings of Armenians by Ottoman Turks as genocide. The bill passed 405-11.

In another statement, the ministry said it condemned a bipartisan bill to sanction senior Turkish officials and its army for Turkey’s incursion into northeastern Syria, which passed 403-16.

Both bills, passed Tuesday, were a sign of further deterioration in Turkish-American relations, which have been strained over multiple issues, especially U.S. support for Syrian Kurdish fighters considered terrorists by Ankara.

American lawmakers have been critical of Ankara’s operation against Kurdish forces along the Turkish-Syrian border.

Turkey’s cross-border offensive, which Ankara says is necessary for its national security, began on Oct. 9 after months of Turkish threats and a sudden decision by U.S. President Donald Trump to withdraw troops and abandon Kurdish allies against the Islamic State group. Trump’s move was widely criticized by both the Republicans and the Democrats.

Turkey and allied Syrian fighters paused operations with two separate cease-fires brokered by the U.S. and Russia to allow the Kurdish fighters to withdraw 30 kilometers (19 miles) away from the Turkish border.

The foreign ministry said both bills were fashioned for “domestic consumption” in the U.S. and would undermine relations. It said lawmakers critical of Turkey’s Syria offensive would be wrong to take “vengeance” through the Armenian genocide bill.

Turkey disputes the description of mass deportations and killings of Ottoman Armenians in 1915 as genocide and has lobbied against its recognition in the U.S. for years. It has instead called for a joint committee of historians to investigate the events.

“Undoubtedly, this resolution will negatively affect the image of the U.S. before the public opinion of Turkey,” the ministry said.