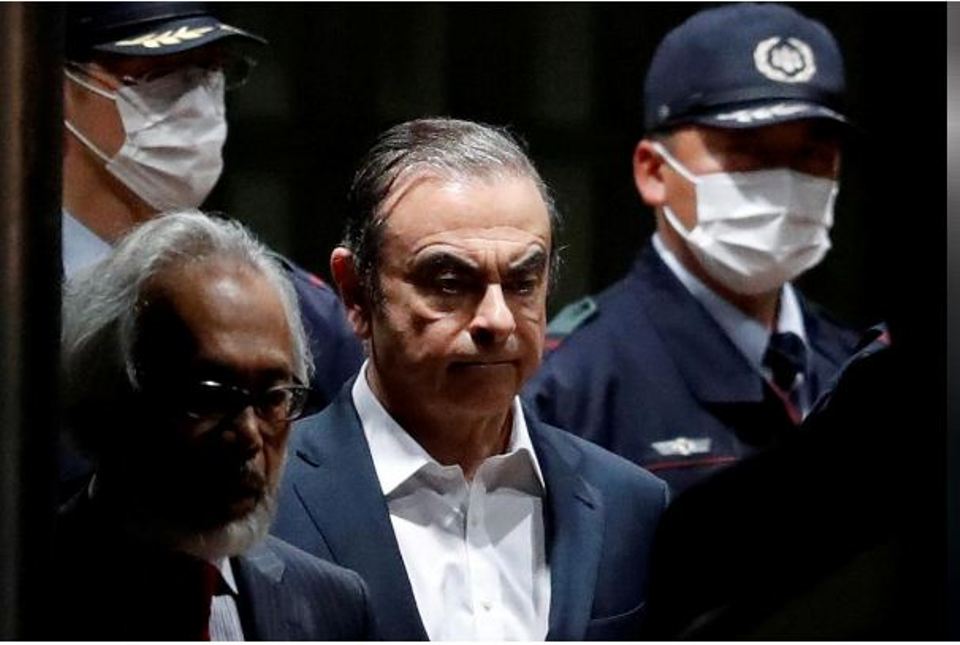 ISTANBUL, Jan 2: Turkish police detained seven people including four pilots on Thursday in an investigation of how ousted Nissan boss Carlos Ghosn touched down in Istanbul as he fled Japan en route to Lebanon, according to broadcaster NTV.

Turkey’s interior ministry has launched a probe into the transit of Ghosn, who has become Japan’s most famous fugitive after revealing on Tuesday he fled to Beirut to escape what he called a “rigged” justice system.

People familiar with the matter told Reuters that Ghosn, one of the world’s best-known executives, had arrived in Beirut on a private jet from Istanbul on Monday.

Hurriyet news website, citing an interior ministry official, said Turkish border police were not notified about Ghosn’s arrival, and neither his entry nor exit were registered.

The plane arrived at 5:30 am (0230 GMT) Monday at Istanbul’s Ataturk Airport, Hurriyet reported, adding prosecutors ordered the arrests after widening their investigation.

The reports could not immediately be confirmed.

Japanese authorities allowed Ghosn to carry a spare French passport in a locked case while out on bail, public broadcaster NHK said on Thursday, shedding some light on how he managed his escape to Lebanon.

The businessman, who holds French, Lebanese and Brazilian citizenship, was smuggled out of Tokyo by a private security company days ago, the culmination of a plan that was crafted over three months, Reuters has reported.

ISTANBUL, June 23: Millions of Istanbul residents voted on Sunday in a re-run of a mayoral election that has become a... Read More...

NEA is working on large projects with 2,000 MW capacity: MD Ghising
21 minutes ago