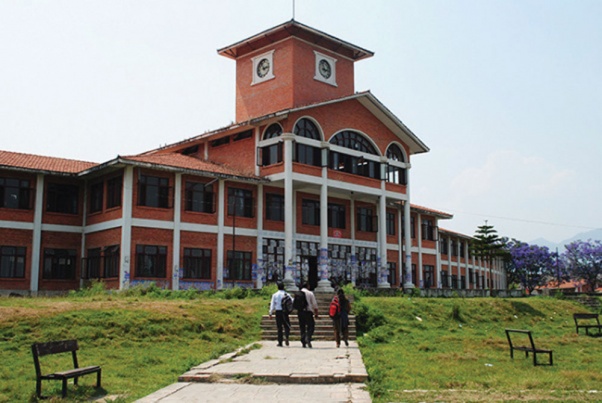 A four-member probe committee that included Prof Amma Raj Joshi, Prof Nilam Kumar Sharma, lecturer Avatar Subedi and Rajendra Khanal has recently submitted its report on CDA projects to the Office of Vice Chancellor, TU. The probe committee was formed on November 29, 2018 as per a decision of the TU Executive Council.

According to the report obtained by Republica which is yet to be made public, the CDA signed an agreement with USAID on April 23/26, 2017 for a project worth Rs 130 million (US$ 1,299,164.00), which was titled "A Study on State of Social Inclusion in Nepal 2017 (SOSIN)". The Department signed another agreement on April 16/17, 2018 with US-based organization Open Society Foundations for another project worth US$ 119,702.00, which was titled "Inclusive Democracy and Local Governance in Nepal."

The USAID has already transferred Rs 72,004,375 to the bank account of SOSIN at Nepal Bank Ltd, Kirtipur. The bank account was opened before the project agreement was signed.

However, the proposals of both the projects were not discussed or decided at the CDA meeting, says the probe committee report. As per clause 45 (154) of the TU Organization and Academic Administration Regulations 2050 BS, any agreement with national, international or multinational organizations should be approved from the Office of Vice Chancellor. None of the projects has been approved from TU Executive Council, according to the report.

Rector Prof Sudha Tripathi issued a no objection letter to the CDA after the project agreement was signed with the USAID. A no objection letter is not enough to operate projects because departmental decision is necessary, according to the probe report.

“The technical proposal of the project was prepared by former CDA head Prof Laya Prasad Upreti, Prof Binod Prasad Pokharel, Mukta Singh Lama and Prof Yogendra Bahadur Gurung but it was not approved by the CDA,” the report says. After Prof Upreti resigned from the head of department (HOD) of the CDA on August 17, 2018, Dambar Dhwaj Chemjong was appointed as the HOD. The report has identified Chemjong and accounts officer Ratna Devi Kandel of the CDA among others as main fund-misusing officials, the report says. Chemjong among other experts at the project were paid Rs 1.5 million each.

There are altogether 138 persons including CDA officials and teachers as well as project advisers appointed at the project. The program manager is paid Rs 209,000 per month while Rs 1,500-3,000 is allocated as daily field allowance and Rs 10,000 meeting allowance for each of the experts. Except for some students, the majority of project staffers and experts were appointed without following due procedure. “There are several instances where the staffers were appointed first and then vacancies for the posts were announced,” says the probe report.

Against the TU rules require that the project offices should be set up at the CDA, the SOSIN office was first set up at Chandol in Kathmandu and recently it has been moved to Thapagaun, Baneshwar and is being operated without a signboard. The report further says that the office has not audited its accounts since the last two years.

The irregularities do not end to above mentioned concerns. According to the probe report, the office utensils were purchased even before the formation of the procurement committees. Computers, laptops, office furniture, and electronic gadgets among others worth Rs 3 million were purchased for the office. Massive irregularities took place in the purchase of utensils, according to the report.

However, TU authorities said that Registrar Dilli Ram Upreti is putting pressure not to implement the report submitted by the probe committee as Prof Laya Prasad Upreti is reportedly a close relative of Registrar Upreti, who was appointed at TU under the CPN-UML quota.

When Republica contacted Prof Laya Prasad Upreti on the phone he did not respond. He also did not reply to text messages.

Although the TU Vice-chancellor Tirtha Raj Khaniya admitted that the projects were operating illegally, he refused to go into the details. “The report has yet to be publicized. We will take necessary action once it is public,” he said.

KATHMANDU, June 1: It has come to light that Prof Dr Dambar Dhoj Chemjong, head of the Central Department of... Read More...