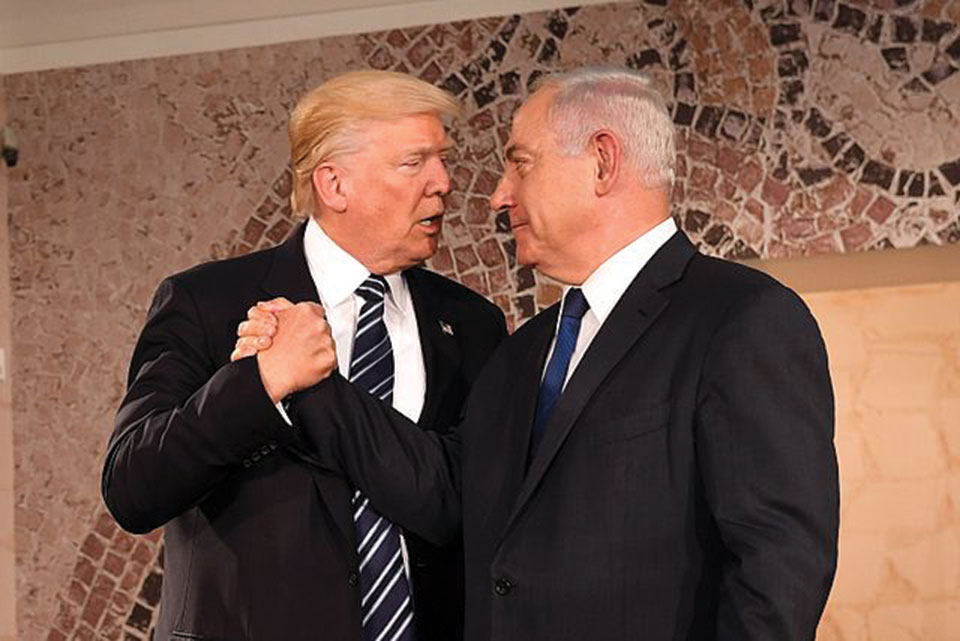 From the Trans-Pacific Partnership to the Paris climate accord, tearing up multilateral frameworks has become a Trump specialty

TEL AVIV—President Donald Trump’s decision to withdraw the United States from the 2015 nuclear deal with Iran was not his first departure from a key international agreement. From the Trans-Pacific Partnership to the Paris climate accord, tearing up multilateral frameworks has become a Trump specialty.

But even by Trump’s standards, exiting the Joint Comprehensive Plan of Action (JCPOA), as the Iran deal is formally known, is a bridge too far. The move is already being compared to President George W. Bush’s ill-fated attempt to reshape the Middle East through wars in Afghanistan and Iraq. Like Bush’s military misadventures, Trump’s approach to the region carries enormous risks, not least because it has buried whatever was left of the transatlantic alliance in the chasm separating America’s power politics and Europe’s emphasis on diplomacy.

Trump’s move is not just about curbing Iran’s weapons of mass destruction. Rather, his objective is regime change, something he apparently hopes to achieve by draining the Islamic Republic’s economic and strategic resources. By reinstating sanctions, Trump is all but begging the Iranian people—who will bear the brunt of the sanctions’ pain—to rise up against their government.

Trump’s abrogation of the JCPOA has left Iran with two options, neither of them good. The first is to renegotiate the agreement with the remaining signatories—China, France, Russia, the United Kingdom, Germany, and the European Union.

Iranian President Hassan Rouhani has already hinted at this possibility, but his ability to deliver could be limited when sanctions return. Forced to choose, European companies would sacrifice business in Iran to maintain access to the American market. And, as Iran’s economy falters, Iranians will seek to apportion blame.

The second option is no better. Iran’s reformists could capitulate to hardliners, scrap the JCPOA altogether, resume nuclear activities, and accelerate the country’s ballistic missile program. This would all but guarantee that Israel would launch a pre-emptive strike on Iran’s nuclear installations –With America’s blessing, if not complicity.

At that point, Iran would feel free to redeploy its proxies against Israel, starting with Hezbollah in neighboring Lebanon. And this could lead to a broader conflagration involving other US allies in the region, including the Saudis and other Sunni Arab powers.

Unfortunately, the outcome to avoid is the very one that Israel’s leadership seems keen to bring about. Last month, Israeli Prime Minister Binyamin Netanyahu accused Iran of cheating on the nuclear deal.

At the time, Netanyahu’s bizarre presentation—in English, no less—met with derision in the West. Now it looks like a prelude.

In fact, the Netanyahu-Trump tag team—which is largely responsible for the scuttling of the nuclear deal—is an explosive alliance of two narcissists who have allowed dysfunctional domestic politics to dictate their international behavior. In Trump’s case, the goal seems to be systematic deconstruction of President Barack Obama’s legacy, for no other reason than to be true to his electoral campaign (which, in a sense, has never ended).

Netanyahu, meanwhile, is enamored of his carefully honed image as the savior of the Jewish people from a second Holocaust. With his own political fortunes clouded by legal troubles that could lead to his indictment, warmongering has become a strategy to win reelection. In fact, support for Trump in Israel reached a record high after his decision to withdraw from the JCPOA, and following Israel’s massive military strike against Iranian targets in Syria. Netanyahu’s tactics also conveniently distract international attention from the Palestinian problem, which is coming to a head again.

Israel has the strongest military in the Middle East, but Netanyahu must not be allowed to use it for his own political gain. Israel last fought an interstate war in 1973, and the trauma of that fight still lingers. Moreover, military strength alone has done little to safeguard the country’s borders. The “Begin Doctrine,” Israel’s preventive-strike strategy for maintaining a regional monopoly on nuclear weapons, has not led to fewer rocket attacks from Israel’s Iranian-backed foes.

Only robust international diplomacy can halt the Middle East’s slide toward nuclear proliferation. Even without the US, the JCPOA’s remaining signatories can salvage the agreement’s central tenets by supporting Iran’s moderate leaders in mitigating the effects of new sanctions. The deal’s remaining supporters can also help defuse the crisis on Israel’s northern border, where Israeli and Iranian forces are already engaging each other directly.

In order to reach a new deal that ensures Iran’s continued denuclearization, puts its ballistic missile program under surveillance, and encourages a less hostile foreign policy, both sanctions and regime change must be taken off the table. Trump will most likely hear the same message from his North Korean counterpart, Kim Jong-un, ahead of the two leaders’ planned summit in June.

The irony, of course, is that this is exactly the type of “grand bargain” Iran proposed to the Bush administration in May 2003. Bush rejected the offer, vowing never to talk with a member of the “axis of evil.” As Vice President Dick Cheney put it in reference to North Korea—another member of that fanciful “axis”—Americans “don’t negotiate with evil; we defeat it.”

But by trading diplomacy for saber-rattling, the Bush administration slammed the door on a solution with Iran. Today, as Trump embraces the same tactics, it’s hard to fathom how the outcome will be any different.

April 29: Mumbai Indians have made a shaky start to their IPL 2018 campaign, but showed on Saturday what they are... Read More...