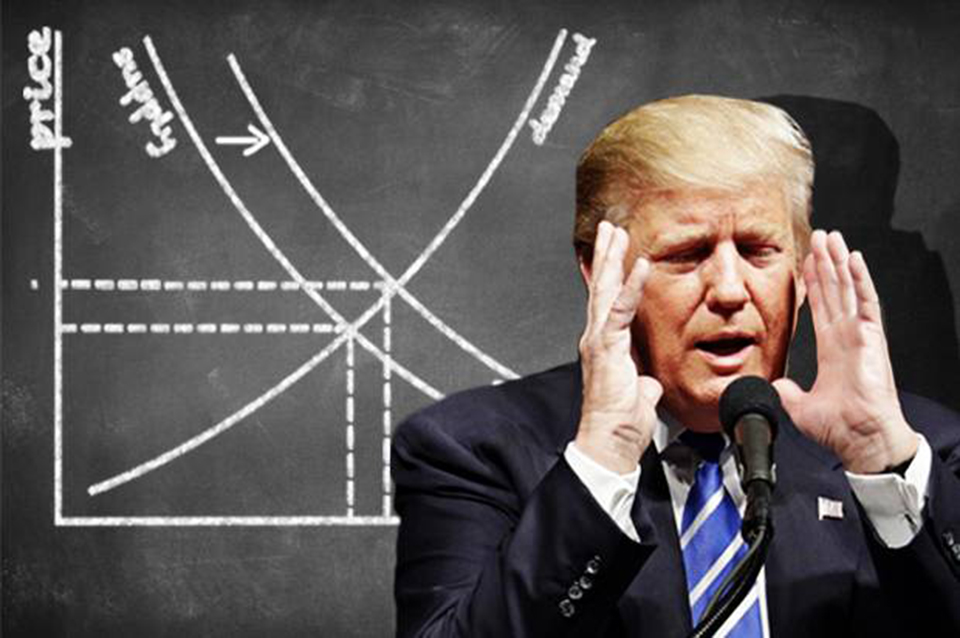 According to the nonpartisan Congressional Budget Office, the tax cuts will result in a cumulative deficit of about $1.4 trillion over next decade.

NEW HAVEN: Tax cuts masquerading as tax reform are the best way to describe the thrust of Washington’s latest policy gambit. The case is largely political—namely, the urgency of a Republican Congress to deliver a legislative victory for a Republican president. The consequences, however, are ultimately economic—and, unsurprisingly, likely to be far worse than the politicians are willing to admit.

Taking the lead from President Donald Trump, the political case for tax cuts is that they are essential to “make America great again.” Over-taxed and cheated by bad trade deals, goes the argument, America needs tax relief to revive its competitive prowess.

And pay no attention to the latest tally of international competitiveness by the World Economic Forum, which finds the US back in second place (out of 137 countries). And, of course, don’t draw comfort from the lofty stock-market valuations of the broad constellation of US companies. Forget all that, Republicans insist: cut business taxes, they say, and all that ails America will be cured.

There are times when the politicization of economic arguments becomes dangerous. This is one of those times. The US simply can’t afford the current tax cuts making their way through Congress. According to the nonpartisan Congressional Budget Office, the cuts will result in a cumulative deficit of about US $1.4 trillion over the next decade. The problem arises because America’s chronic saving shortfall has now moved into the danger zone, making it much more difficult to fund multi-year deficits today than was the case when cutting taxes in the past. The so-called Kennedy tax cuts of 1964 and the Reagan tax cuts of 1981 are important cases in point. The net national saving rate—the broadest measure of domestic saving, which includes the depreciation-adjusted saving of households, businesses, and the government sector—averaged 10.1 percent during those two years (1964 and 1981). In other words, back then the US could afford to enact major tax cuts.

That is not the case today, with the net domestic saving rate a mere 1.8 percent of national income. Even during the two tax cuts that followed—the second installment of Reagan’s fiscal program in 1986, and the initiatives of George W. Bush in 2001—the net national saving rate averaged 4.2 percent, more than double the current level.
Both experience and macroeconomic theory indicate what to expect. Saving-short economies simply cannot go on deficit-spending binges without borrowing surplus saving from abroad. That is what brings the balance-of-payments and trade deficits directly into the debate over fiscal policy.

Significantly, the US current account was in slight surplus during the big tax cuts of 1964 and 1981—in sharp contrast to today’s deficit of 2.6 percent of GDP. With fiscal deficits likely to push an already-low domestic saving rate even lower—possibly back into negative territory, as was the case from 2008-11—there is a great risk of a sharply higher current-account deficit. And a bigger current-account deficit means that the already-large trade deficit will only widen further, violating one of the main tenets of Trumponomics—that making America great again requires closing the trade gap.

It is at this point where the tale goes from fact to fiction. Trump and the congressional Republican majority insist that the proposed tax cuts will be self-financing, because they will spur economic growth, causing revenues to surge. This so-called supply-side argument, first advanced in support of the Reagan-era tax cuts, has been a lightning rod in US fiscal policy debates ever since.

Reality has turned out quite differently than the supply-siders envisioned. Yes, the economy recovered spectacularly from a deep recession in 1981-1982. But that was due largely to an aggressive easing of monetary policy following the Federal Reserve’s successful assault on double-digit US inflation.

By contrast, the fiscal nirvana long promised by supply-siders never materialized. Far from vanishing into thin air, federal budget deficits ballooned to 3.8 percent of GDP during the 1980s, taking public debt from 25 percent of GDP in 1980 to 41 percent by 1990.

Not only did the supply-siders’ self-funding promises go unfulfilled; they also marked the beginning of the end for America’s balance-of-payments equilibrium. From 1960 to 1982, the current account was basically in balance, with a surplus averaging 0.2 percent of GDP. On the heels of the budget deficits of Reaganomics and the related plunge in national saving, the current account swung sharply into deficit, averaging -2.4% of GDP from 1983 to 1989. And it has remained in deficit ever since (with the exception of a temporary reprieve in the first two quarters of 1991 due to external funding of the Gulf War).

Far from a recipe for greatness, the Trump fiscal gambit spells serious trouble. Lacking in saving, outsize US budget deficits point to sharp deterioration on the balance-of-payments and trade fronts. Nor will creative supply-side accounting alter that outcome. A “dynamic scoring” by the nonpartisan Tax Policy Center suggests growth windfalls might prune the multiyear deficit from $1.4 trillion to $1.3 trillion over the next decade—hardly enough to finesse America’s intractable funding problem.

George H.W. Bush said it best when he was campaigning for the Republican presidential nomination in April 1980. He rightly criticized the “voodoo economic policy” of his opponent, Ronald Reagan. For today’s saving-short US economy, déjà vu is a painful understatement of what lies ahead.

The author is a faculty member at Yale University and former Chairman of Morgan Stanley Asia.