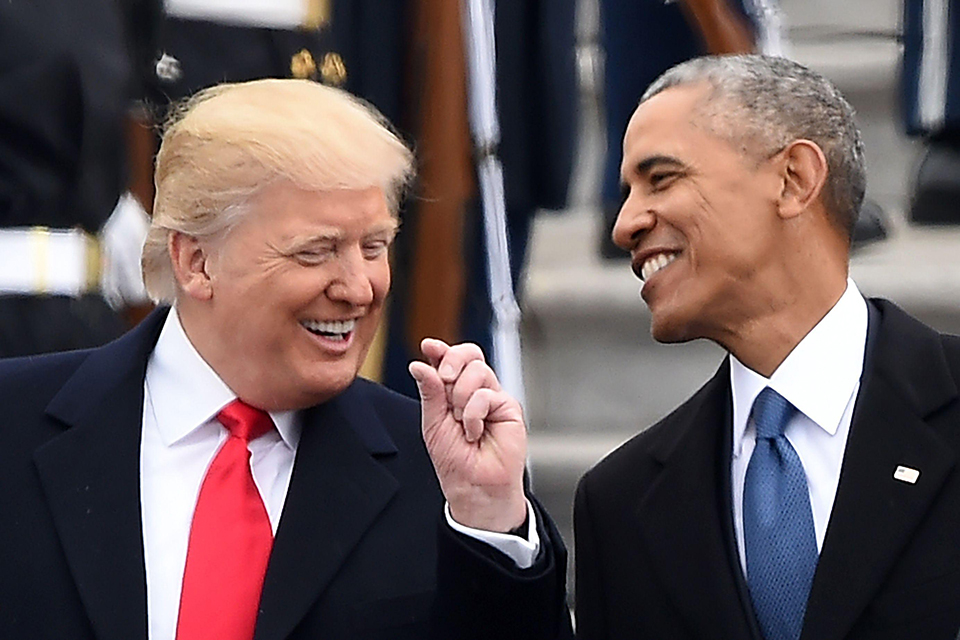 Would structural forces have brought about the same era of US global leadership under different presidents?

CAMBRIDGE: The United States has never had a president like Donald Trump. With a narcissistic personality and a short attention span, and lacking experience in world affairs, he tends to project slogans rather than strategy in foreign policy. Some presidents, like Richard Nixon, had similar personal insecurities and social biases, but Nixon had a strategic view of foreign policy. Others, such as Lyndon Johnson, were highly egotistical, but also had great political skill in working with Congress and other leaders.

Will future historians look back at Trump’s presidency as a temporary aberration or a major turning point in America’s role in the world? Journalists tend to focus too heavily on leaders’ personalities because it makes good copy. In contrast, social scientists tend to offer broad structural theories about economic growth and geographic location that make history seem inevitable.

I once wrote a book that tried to test the importance of leaders by examining important turning points in the creation a century ago of the “American era” and speculating about what might have happened had the president’s most plausible contender been in his place instead. Would structural forces have brought about the same era of US global leadership under different presidents?

At the beginning of the twentieth century, Theodore Roosevelt was an activist leader, but he affected mostly timing. Economic growth and geography were the powerful determinants. Woodrow Wilson broke with America’s hemispheric traditions by sending US forces to fight in Europe; but where Wilson made a bigger difference was in the moral tone of American exceptionalism in his justification of—and, counterproductively, his stubborn insistence on—all-or-nothing involvement in the League of Nations.

As for Franklin Roosevelt, it is at least debatable whether structural forces would have brought the US into World War II under a conservative isolationist. Clearly, FDR’s framing of the threat posed by Hitler, and his preparation for taking advantage of an event like Pearl Harbor, were crucial factors.

The post-1945 structural bipolarity of the US and the Soviet Union set the framework for the Cold War. But a Henry Wallace presidency (which would have occurred if FDR had not switched him for Harry Truman as vice president in 1944) might have changed the style of the US response. Similarly, a Robert Taft or Douglas MacArthur presidency might have disrupted the relatively smooth consolidation of the containment system over which Dwight Eisenhower presided.

At the end of the century, the structural forces of global economic change caused the erosion of the Soviet superpower, and Mikhail Gorbachev’s attempts at reform accelerated the Soviet Union’s collapse. However, Ronald Reagan’s defense buildup and negotiating savvy, along with George H.W. Bush’s skill in managing the end of the Cold War, were important to the final outcome.

Is there a plausible story in which, owing to different presidential leadership, America would not have achieved global primacy by the end of the twentieth century?
Perhaps if FDR had not been president and Germany had consolidated its power, the international system in the 1940s could have realized George Orwell’s vision of a conflict-prone multipolar world. Perhaps if Truman had not been president and Stalin had made major gains in Europe and the Middle East, the Soviet empire would have been stronger, and bipolarity might have persisted longer. Perhaps if Eisenhower or Bush had not been president and a different leader had been less successful in avoiding war, the American ascendancy would have been driven off track (as it was for a time by US intervention in Vietnam).

Given its economic size and favorable geography, structural forces would likely have produced some form of American primacy in the twentieth century. Nonetheless, leaders’ decisions strongly affected the timing and type of primacy. In that sense, even when structure explains a lot, leadership within the structure can make a difference. If history is a river whose course and flow are shaped by the large structural forces of climate and topography, human agents can be portrayed as ants clinging to a log swept along by the current, or as white-water rafters steering and avoiding rocks, occasionally overturning and sometimes succeeding.

So leadership matters, but how much? There will never be a definitive answer. Scholars who have tried to measure the effects of leadership in corporations or laboratory experiments have sometimes come up with numbers in the range of 10 percent or 15 percent, depending on the context. But these are highly structured situations where change is often linear. In unstructured situations, such as post-apartheid South Africa, the transformational leadership of Nelson Mandela made a huge difference.

American foreign policy is structured by institutions and a constitution, but external crises can create a context much more susceptible to leaders’ choices, for better or worse. If Al Gore had been declared president in 2000, the US probably would have gone to war in Afghanistan, but not in Iraq. Because foreign-policy events are what social scientists call “path dependent,” relatively small choices by leaders, even in the range of 10-15 percent early on a path, can lead to major divergences in outcomes over time. As Robert Frost once put it, when two roads diverge in a wood, taking the one less traveled can sometimes make all the difference.

Finally, the risks created by the personality of a leader may not be symmetrical; they may make more of a difference for a mature power than for a rising power. Striking a rock or causing a war can sink the ship. If Trump avoids a major war, and if he is not re-elected, future scholars may look back at his presidency as a curious blip on the curve of American history. But those are big “ifs.”

Joseph S. Nye, Jr. is a professor at Harvard and author of Is the American Century Over?

After nine months of Donald Trump’s presidency, the leaders of the Republican Party appear finally to be waking up to... Read More...

Beijing faces decision on how to respond to Trump's tweets

MANCHESTER, Aug 15: Zlatan Ibrahimovic is garnering quite the fan club in the Manchester United canteen since his offseason move... Read More...

Hearing on case against Madhav Nepal, Speaker prolonged
14 hours ago

IN PHOTOS: People exchanging old banknotes with new ones at NRB
9 hours ago