Trump: Wolff book on US administration is 'full of lies' 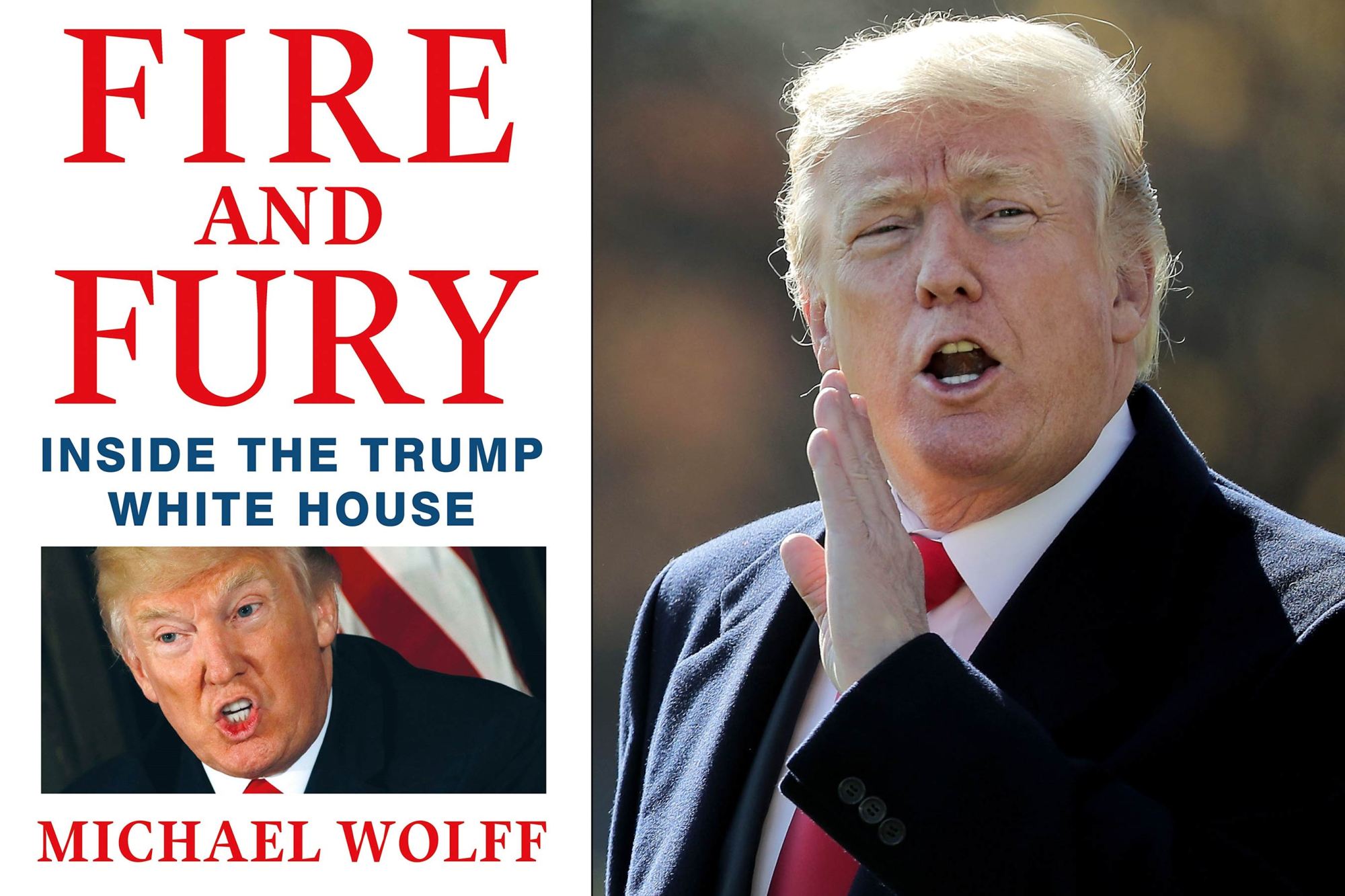 JAN 5: Fire and Fury: Inside the Trump White House by Michael Wolff was due out on Tuesday but publication was advanced to Friday and it is now on sale.

Mr Trump's lawyers had tried to block its publication.

The book cites former top aide Steve Bannon as describing a meeting with a group of Russians at which Mr Trump's son was present as "treasonous".

It also portrays Mr Trump as being surprised at winning the presidency.

Mr Trump said he had not given Mr Wolff access to the White House nor spoken to him for the book, which he said was "full of lies, misrepresentations and sources that don't exist".

"Watch what happens to him and Sloppy Steve!" he wrote on Twitter.

He earlier said Mr Bannon - who was sacked in August - had "lost his mind" after losing his White House position.

Among a number of explosive statements, Mr Bannon reportedly said, referring to a Trump Tower meeting between top campaign officials and Russia: "They're going to crack Don Junior like an egg on national TV."

The meeting, which involved Mr Trump's eldest child Donald Trump Jr, is being investigated by Special Counsel Robert Mueller as part of his inquiry into possible collusion between Trump campaign officials and Russia to win the election.

On his Breitbart radio show on Wednesday, Mr Bannon responded to the president's criticism by saying he was a "great man" and that he supported him "day in and day out".

After the president met Republican senators in the Oval Office to discuss immigration on Thursday, a reporter asked Mr Trump if his former strategist had betrayed him. He responded: "I don't know, he called me a great man last night so he obviously changed his tune pretty quick."

Mr Bannon has also been criticised by another former associate, Republican party donor Rebekah Mercer - who has also invested in Breitbart, where Mr Bannon is chairman.

"I support President Trump and the platform upon which he was elected," Ms Mercer told the Washington Post.

"My family and I have not communicated with Steve Bannon in many months and have provided no financial support to his political agenda, nor do we support his recent actions and statements."

What did Mr Trump's lawyers argue?

The legal notice, which has been published by the Washington Post, demanded that author Michael Wolff and the book's publisher "immediately cease and desist from any further publication, release or dissemination of the book".

The attorney who wrote the letter is Charles J Harder. He also sent a cease-and-desist letter to Mr Bannon on Wednesday, saying he had violated a non-disclosure agreement.

What's in the book?

Wolff's book makes many claims, including that:

The book is reportedly based on more than 200 interviews but some of the book's excerpts have already been criticised and questioned.

Still, even if only half of what the book contains is true, it paints a damning portrait of a paranoid president and a chaotic White House, BBC North America editor Jon Sopel says.