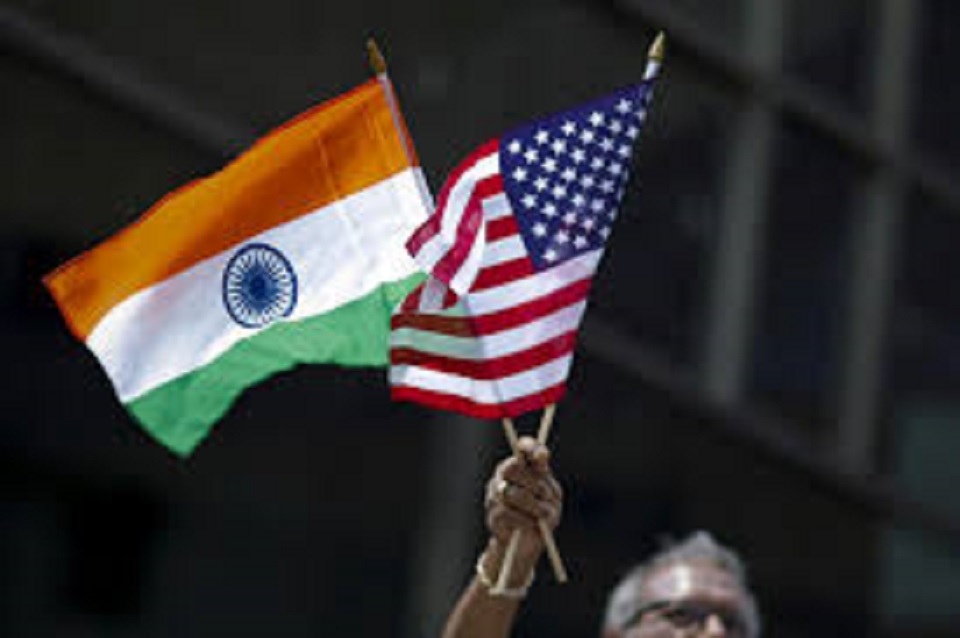 FILE PHOTO: A man holds the flags of India and the U.S. while people take part in the 35th India Day Parade in New York August 16, 2015. REUTERS/Eduardo Munoz

NEW DELHI, Feb 14:  U.S. President Donald Trump will meet executives of large Indian companies with interests in the United States as he looks to drum up investments during his visit to New Delhi this month.

Trump is scheduled to make his first visit as president to India on Feb. 24-25 during which he will travel to Prime Minister Narendra Modi’s home state of Gujarat followed by talks in New Delhi. The two countries are trying to sign a trade deal during his visit.

On Feb. 25, a meeting is being planned between Trump and Indian executives, especially those focussing on job creation and manufacturing in the United States, the sources said.

The meeting, which will be held in New Delhi, was unlikely to include executives of U.S. companies, they said.

Creating new jobs and boosting manufacturing is critical for Trump in his re-election bid later this year. U.S. factory activity rebounded in January but only after it contracted for five straight months.

“President (Trump) is keen on acknowledging Indian companies which are focussing on manufacturing in the United States,” said a Washington-based source aware of the plans.

United States is a key market for several Indian firms.

Mahindra last year said it will invest another $1 billion (£767.64 million) in the United States and was committed to creating American jobs, while Bharat Forge has announced plans to invest $56 million to set up a new plant in North Carolina.

The $100-billion Tata Group says it is one of the largest Indian-headquartered multinationals in North America, with 13 companies and more than 35,000 employees.

The Confederation of Indian Industries and U.S.-India trade groups have suggested several Indian executives for the Trump meeting and the U.S. Embassy in New Delhi was reviewing that, one source said, adding the final list was yet to be finalised.

The U.S. Embassy in New Delhi declined to comment.

Other than his meeting with Indian business leaders and Modi, Trump is expected to attend an event at a stadium in Gujarat along the lines of the “Howdy Modi” extravaganza held in Houston last September during which the two leaders made a joint appearance.

Republican Donald Trump stunned the world on Tuesday by defeating heavily favored Hillary Clinton in the race for the White... Read More...

From start, Clinton, Trump set out to destroy one another

WASHINGTON, Oct 10:  It started the minute they walked on stage and skipped the pretense of a cordial handshake. ... Read More...

Relief for passengers as competition brings airfare down
12 hours ago

New virus has infected over 80,000 people globally
11 hours ago