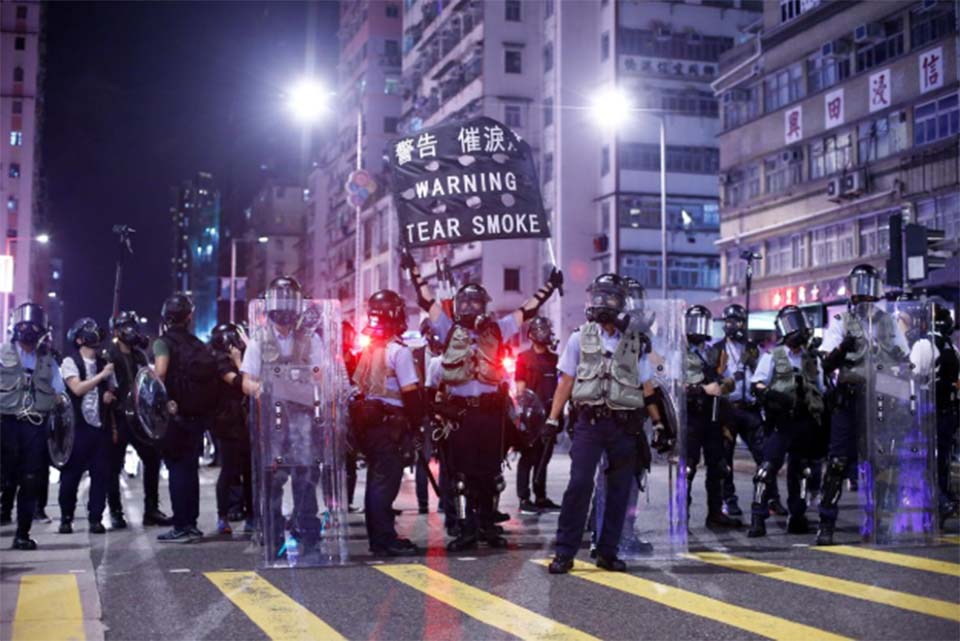 WASHINGTON, Aug 15: President Donald Trump on Wednesday tied a U.S. trade deal with China to humane resolution of the weeks of protests wracking Hong Kong, hours after the State Department said it was “deeply concerned” about reports of movement of Chinese paramilitary forces along the Hong Kong border.

The State Department warned that continued erosion of the territory’s autonomy put at risk the preferential status it enjoys under U.S. law.

Trump, in his remarks on Twitter, appeared to suggest a personal meeting with Chinese President Xi Jinping to help resolve the crisis.

“Of course China wants to make a deal. Let them work humanely with Hong Kong first!” Trump said on Twitter. “I have ZERO doubt that if President Xi wants to quickly and humanely solve the Hong Kong problem, he can do it. Personal meeting?”

Trump, who has been seeking a major deal to correct trade imbalances with China ahead of his 2020 reelection bid, has faced mounting criticism from Congress and elsewhere for not taking a stronger public line on Hong Kong and for his characterization of the protests earlier this month as “riots” that were a matter for China to deal with.

In his tweets on Wednesday, Trump also said that his delay in 10% tariffs on more than $150 billion in Chinese imports to Dec. 15 from Sept. 1 “will be reciprocated” by China and the “much good will come from the short deferral to December.”

His comment appeared to contradict senior officials in his administration, who said earlier that no concessions were made by Beijing in response to the delay announced on Tuesday.

Trump’s tougher stance on Hong Kong followed an internal debate within the White House and State Department over whether the United States was looking too compliant as the Chinese appeared to be preparing for a crackdown.

A source familiar with the deliberations said while an even-handed approach was smart, it was not the right signal to send in this case.

Earlier, a State Department spokeswoman said the United States was “deeply concerned” about reports of paramilitary movements along the Hong Kong border and reiterated a U.S. call for all sides to refrain from violence.

She said it was important for the Hong Kong government to respect “freedoms of speech and peaceful assembly” and for Beijing to adhere to its commitments to allow Hong Kong a high degree of autonomy.

Trump ties US success to 2nd term: ‘You have to vote for me’

MANCHESTER, Aug 16: President Donald Trump on Thursday sought to reassure his supporters about the state of the U.S. economy... Read More...

Hong Kong cuts taxes to shore up economy amid protests