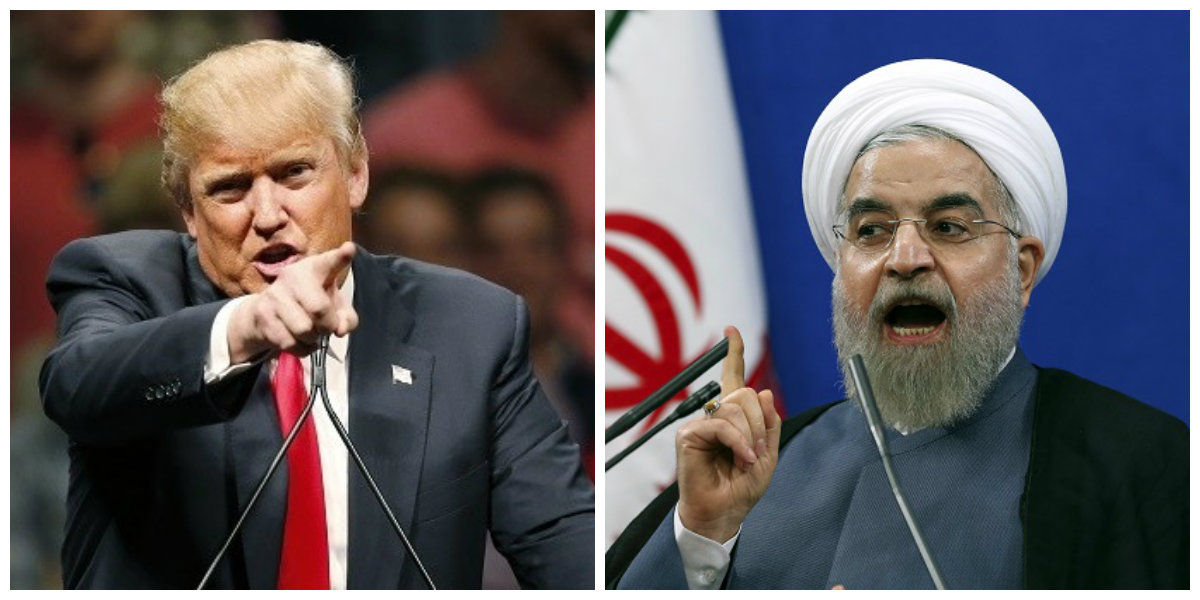 U.S. President Donald Trump warned Iranian President Hassan Rohani on Twitter to ‘NEVER, EVER THREATEN” the United States again or face consequences “few throughout history have ever suffered before.”

Trump’s Tweet said: “To Iranian President Rouhani: NEVER, EVER THREATEN THE UNITED STATES AGAIN OR YOU WILL SUFFER CONSEQUENCES THE LIKES OF WHICH FEW THROUGHOUT HISTORY HAVE EVER SUFFERED BEFORE."

"WE ARE NO LONGER A COUNTRY THAT WILL STAND FOR YOUR DEMENTED WORDS OF VIOLENCE & DEATH. BE CAUTIOUS!”

Pompeo also assailed Rohani and Foreign Minister Mohammad Javad Zarif, considered by many to be “moderates.”

“The truth is they’re merely polished front men for the ayatollah’s international con artistry. Their nuclear deal didn’t make them moderates. It made them wolves in sheep’s clothing," he said.

Pompeo also vowed that the United States would maintain and increase diplomatic, military, and financial pressure against what he labeled the "mafia" government of Iran.

The U.S. administration is ratcheting up pressure on Tehran since Trump in May pulled the United States out of the 2015 nuclear deal and reimposed sanctions against Iran.

The deal with six world powers provided Iran with some relief from sanctions in return for curbs on its nuclear program.

The others who signed the pact – Britain, France, Germany, Russia, and China – have vowed to remain in the deal.

WASHINGTON, May 28: President Donald Trump has warned Congress that he will never sign another foot-tall, $1 trillion-plus government-wide spending... Read More...

Flying drones within five km of TIA banned
20 hours ago

President did not follow rules and procedures: General Secy Gurung
17 hours ago

President did not follow rules and procedures: General Secy Gurung
17 hours ago