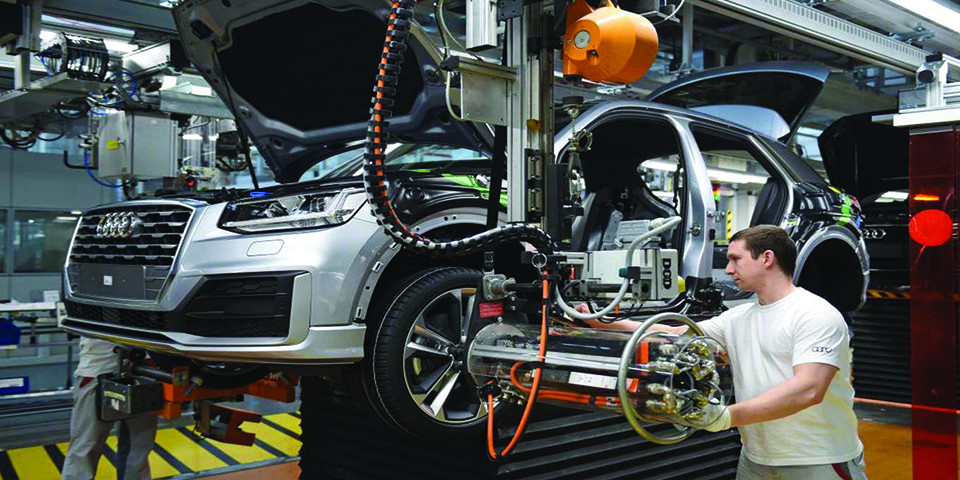 WASHINGTON, DC – After World War II, the United States led the world in reducing protectionist barriers and establishing an open, rules-based trade system. That effort resulted in a half-century of the most rapid economic growth in human history. But US President Donald Trump’s administration is now reversing that progress. The protectionism that Trump has unleashed is contagious and will likely spread well beyond the industries that he wants to insulate from foreign competition.

Consider imported steel, which the Trump administration targeted with 25 percent tariffs in March. The stated basis for those tariffs was “national security,” even though US defense industries account for just three percent of the country’s steel consumption. If Trump really is concerned about national security, then one wonders why the US is not keeping ore in the ground as a strategic reserve for future hostilities. At any rate, the tariffs were also imposed on US allies such as Canada, which gives the lie to the national-security argument once and for all. In the case of rivals such as China, steel imports were already subject to tariffs as high as 70 percent, and accounted for only two percent of US steel consumption.

US import tariffs now apply to 59 different types of steel. If an American company cannot obtain steel inputs domestically, it must either pay the tariff or apply for an exemption (“exclusion”). If it goes the latter route, it must state the quantity and strength of steel that is needed, its chemical composition, the dimensions of the product (pipes or sheets, for example), and so forth; and it must submit a separate application for each type of steel, even if the only difference is in dimensions. Moreover, each application must demonstrate that the applicant has been unable to obtain the steel from domestic sources.

Once an application is received, it is made public for 30 days so that domestic producers can contest it. If no producer steps forward to furnish the needed steel, the applicant is supposed to receive a one-year exemption within seven days after the public-review period. In reality, there have been significant delays in granting exclusions.

The Trump administration initially anticipated that there would be about 4,500 requests to exempt steel products. To oversee the vetting and exemption process, the US Department of Commerce hired 30 new employees to review applications. Yet by November 1, 31,527 had been submitted, along with 14,492 objections from steel producers. According to QuantGov, the US Bureau of Industry and Security has approved 11,259 applications, denied 4,367, and has yet to process over 50 percent of those received. As of November 2, the price of hot-rolled steel in the US was 33.4 percent higher year on year.

Back in 2002, when the US steel industry persuaded President George W. Bush to slap tariffs of eight to 30 percent on imported steel, there were about 187,000 steelworkers in the US. As a result of those new levies, an estimated 6,000 jobs were created in the US steel industry, but around 200,000 jobs were lost in associated steel-consuming industries. After first watering down the tariffs, the Bush administration abandoned them altogether after 18 months.

Today, there are around 80,000 steel workers, and millions more working in steel-consuming industries. According to a study published in March, Trump’s steel and aluminum tariffs may create 33,400 additional jobs in the metals sector, but will destroy 180,000 jobs across the rest of the economy.

All of this was predictable. Steel-consuming companies (such as manufacturers of automobiles, machine tools, and farm equipment) are now severely disadvantaged relative to their foreign competitors. And while they lose market share, both at home and abroad, the US steel industry’s competitiveness will also decline, because it is being sheltered from foreign competition.

As the sheer number of exemption applications demonstrates, administering a protectionist policy is exceedingly complex, even in a single industry. And now, Trump’s protectionist quagmire is getting deeper. South Korea, which has agreed to adopt “voluntary export restraints” in exchange for an exemption from US steel tariffs, is asking its domestic producers’ association to allocate export quotas among its members. But US customs authorities will still have to incur the cost of monitoring all steel imports to ensure that they are not misclassified.

Trump’s steel tariffs are even more mind-boggling when one considers that there is already overcapacity worldwide, much of which can be traced back to China. Rather than pursuing a multilateral solution through the World Trade Organization, Trump is instead trying to increase US steel production, which will only add to the glut.

Making matters worse, the Trump administration is also contemplating additional tariffs. At a rally in August, Trump reiterated threats about imposing a 25 percent tariff on automobiles – particularly those from the European Union. If he follows through, the Peterson Institute for International Economics estimates that the cost of a new car in the US could increase by $1,400-$7,000, regardless of whether it is made domestically or abroad. Moreover, Benn Steil and Benjamin Della Rocca of the Council on Foreign Relations find that cost increases resulting from the steel tariffs have already put as many as 40,000 US auto industry jobs at risk.

All told, Trump’s steel tariffs will neither reduce the US current-account deficit nor create more net jobs. The deficit reflects the difference between domestic savings and investment. Import tariffs will have no effect on that, but they will certainly raise costs for American consumers and producers. Rather than musing about further tariffs, the Trump administration needs to wind down its protectionist racket before things get even worse.

US President Donald Trump has made no secret of his disdain for experts and evidence-based policymaking ... Read More...

America is preparing to hand Afghanistan back to the group it removed from power 17 years ago ... Read More...