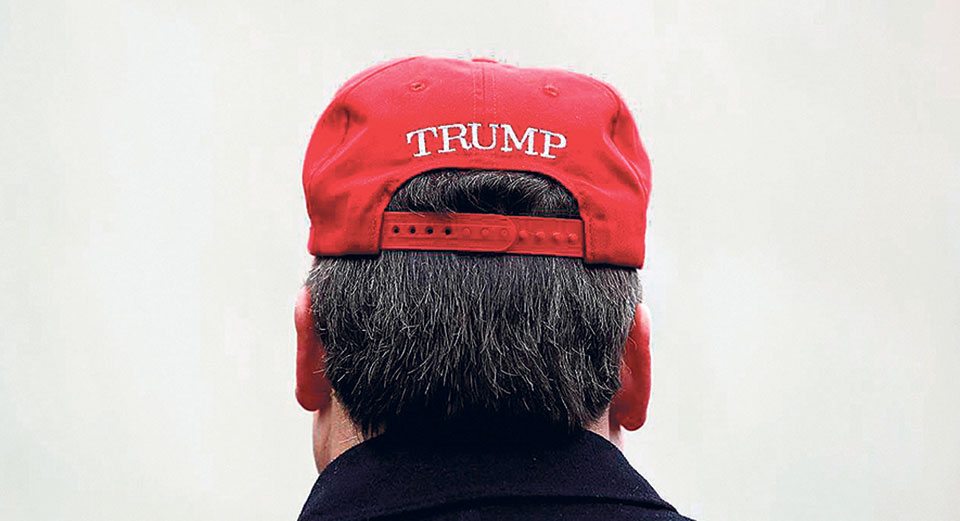 Ultimately, America is the big loser. The Trump administration’s efforts to reduce the US trade deficit have reduced imports from China, but imports from countries like Vietnam have risen sharply

WASHINGTON, DC – Following America’s disastrous 1930 Smoot-Hawley Tariff Act, the subsequent international trade war, and eventually World War II, the United States went on to lead the world toward a more open multilateral trading system. In 1947, the international community adopted the General Agreement on Tariffs and Trade, which would later become the World Trade Organization. Under this international body, trade was bound to the rule of law and the principle of non-discrimination among trading partners.

The system has been a huge success. Over the past seven decades, world trade has grown almost twice as fast as real output. And owing to US leadership, there have been ongoing multilateral negotiations to lower tariffs, remove other barriers (such as quantitative import restrictions), and facilitate trade expansion.

But in 2017, US President Donald Trump’s new administration abandoned America’s longstanding commitment to the open multilateral trading system, opting instead for a power-based approach to international economic relations. Under the new dispensation, “might” supposedly makes “right.”

The result has been disastrous. Trade relations between the US and its major international partners are now fraught. The global growth rates of both trade and GDP have fallen sharply, and growth projections are being downgraded as further evidence of the economic damage caused by US trade policies comes to light.

One early step by the Trump administration was to impose a 25 percent tariff on imported steel and a 10 percent tariff on aluminum. This policy hurt Canada, the European Union, Mexico, and Japan—all US friends or allies—but not China, which accounted for only two percent of US steel imports at the time. It is estimated that the metal tariffs have cost Americans $900,000 per year per job “saved.” Worse, US employment in steelmaking has continued to decline, and US steel exports have remained flat since the tariffs were introduced in early 2018.

Since then, Trump bullied Canada and Mexico into renegotiating the North American Free Trade Agreement, which has now been replaced by the US-Mexico-Canada Agreement. The revised deal tightens US regulations on imports of automobiles and auto parts, and requires that 40-45 percent of Mexican auto workers be paid at least $16 per hour by 2023. For comparison, that is tantamount to introducing a pay floor for US autoworkers of more than $75 per hour—obviously an unthinkable proposition.

The Trump administration has also forced a “renegotiation” of the South Korea-US Free Trade Agreement, with the main result being to restrict imports of steel from South Korea and to prolong a US tariff on imported light trucks.

And then there is the Trans-Pacific Partnership, which the Obama administration negotiated with 11 other Pacific Rim countries (excluding China) and signed on February 4, 2016. Immediately upon taking office, Trump withdrew America from the TPP, leaving the remaining signatories to salvage the deal, which they have done under Japanese leadership. As a result, US exports to those countries are now subject to much higher tariffs than is trade among the remaining 11 members.

Then came Trump’s trade war against China, which has both undercut global trade and brought the bilateral relationship to its lowest point since the aftermath of the 1989 Tiananmen Square massacre. Even with the “phase one” agreement that has just been signed, the average US tariff on imports from China will be around 19 percent, up from three percent before the trade war. Worse, the US has gained little from the process. Yes, the latest deal includes a Chinese commitment to import more US agricultural and other products. But to represent a “gain,” those additional purchases would have to be great enough to compensate for the lost exports of 2018-19.

Trump’s trade wrath has affected other countries as well. The US has imposed additional tariffs on imports from Turkey, Brazil, Argentina, and several developing countries, including India, which would otherwise be eligible for preferential tariff treatment under US law. Now, US-India relations are deteriorating.

The US has also deployed economic and secondary sanctions against a wide range of countries. While some sanctions are obviously justified (such as those against countries involved in terrorism), the Trump administration has expanded the use of this tool with abandon. The US is now enforcing sanctions against more than 1,000 countries, businesses, and individuals per year.

Moreover, the US has even threatened tariffs on $2.4 billion worth of French imports in retaliation for France’s plan to introduce a domestic tax on digital services. And that comes on top of the $7.5 billion in annual levies that the US is permitted to impose on imports from the EU as part of the resolution to a dispute between Airbus and Boeing. Fears of a US-EU trade war have created a cloud of uncertainty over auto producers and many other sectors around the world.

Finally, as if all of this were not damaging enough to the global trading system, the US refuses to allow for new appointments to the WTO’s Appellate Body, which has now been rendered powerless to resolve bilateral trade disputes. In the absence of a functioning enforcement mechanism, national governments have much less incentive to abide by their WTO commitments.

Ultimately, America is the big loser. The Trump administration’s efforts to reduce the US trade deficit have reduced imports from China, but imports from countries like Vietnam have risen sharply. Global investment and output, meanwhile, have fallen, partly as a result of the trade uncertainty. US exporters to the TPP successor countries now find themselves at a disadvantage. And America itself is no longer trusted as a leader in the world trading system.

With geopolitical tensions growing, the US needs allies now more than ever. But many will be hesitant to engage with the current administration. In the end, Trump’s unilateral trade policy has achieved the opposite of its objectives, many of which could have been met through multilateral cooperation.

BEIJING (Reuters) - Trade frictions between the United States and China may not ease in the near term even if... Read More...

Despite political uncertainty, country is moving in right direction: Nationwide survey
23 hours ago