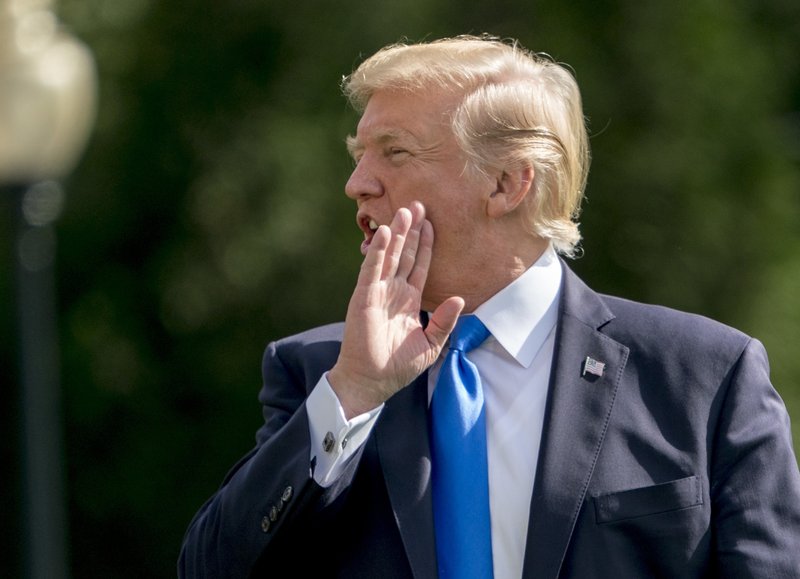 WASHINGTON, Oct 30 : US President Donald Trump has launched a Twitter tirade about the "guilt" of Hillary Clinton and the opposition Democratic Party.

His Sunday morning outburst came amid reports that the first arrest in the Russian collusion inquiry would be made this week, possibly as early as Monday.
Mr Trump insisted allegations of collusion between his campaign and Russia were "phony" and a "witch hunt".

He said Republicans were united behind him, before urging, 'DO SOMETHING!'

Media reports say the first charges have been filed in the investigation led by special counsel Robert Mueller into alleged Russian interference in the 2016 election to assist Mr Trump.

It is not clear what the charges are and whom they are targeting, CNN and Reuters report, quoting unnamed sources.

Trump wrote : '...are now fighting back like never before. There is so much GUILT by Democrats/Clinton, and now the facts are pouring out. DO SOMETHING!

'Never seen such Republican ANGER & UNITY as I have concerning the lack of investigation on Clinton made Fake Dossier (now $12,000,000?),...'

'...the Uranium to Russia deal, the 33,000 plus deleted Emails, the Comey fix and so much more. Instead they look at phony Trump/Russia,....'

'...'collusion,' which doesn't exist. The Dems are using this terrible (and bad for our country) Witch Hunt for evil politics, but the R's...'

'...are now fighting back like never before. There is so much GUILT by Democrats/Clinton, and now the facts are pouring out. DO SOMETHING!'

About an hour later he tweeted: "All of this 'Russia' talk right when the Republicans are making their big push for historic Tax Cuts & Reform. Is this coincidental? NOT!'

WASHINGTON, May 18: President Donald Trump lashed out at the appointment of a special counsel to investigate allegations that his campaign... Read More...

Nepal's politics is in a serious and sensitive situation: NCP General Secy Chand
19 minutes ago