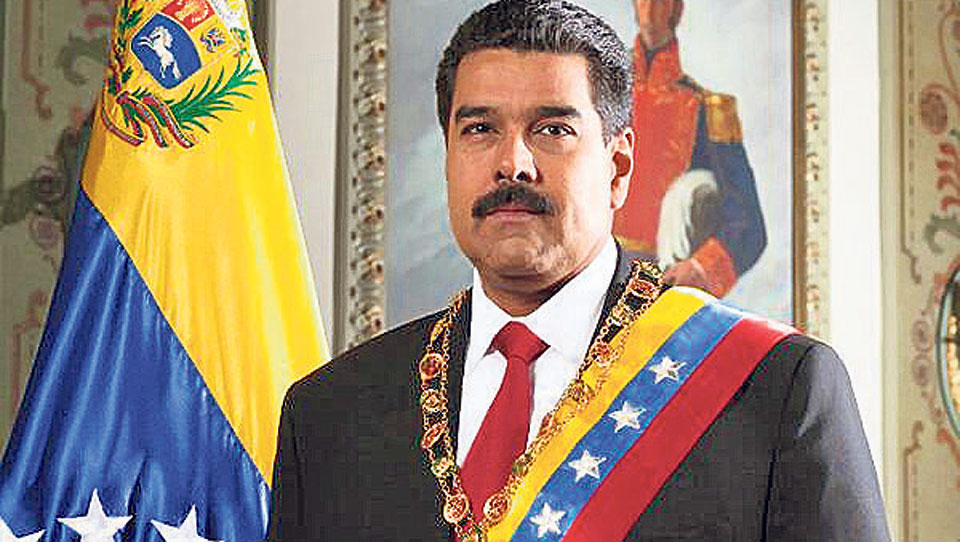 CARACAS, Feb. 16 : Venezuelan President Nicolas Maduro said on Friday that U.S. President Donald Trump is put by his advisors into a dead end regarding the situation in Venezuela.

Trump has been put into an "alley without exit" by his advisors on Venezuela, he said.

Maduro made the remarks when marking the bicentennial of Venezuela's definitive republican constitution amid a political crisis that broke out on Jan. 23 when opposition leader Juan Guaido declared himself interim president and was recognized by the United States and several other countries.

Maduro said there are no alternatives to "dialogue, understanding, and respect" in solving the crisis.

Maduro said he is "waiting for the call to a national dialogue," as urged by the Montevideo Mechanism, a four-step plan proposed on Feb. 6 by Uruguay and Mexico advocating a negotiated solution.

However, he warned that Washington may order opposition members not to enter into dialogue "and that is a mistake." He reiterated that the humanitarian aid Washington is trying to offer is a "trap."

Maduro, who won the 2018 presidential elections in the South American country, was inaugurated for a second term on Jan. 10.

Fire deaths rise to 71 ahead of Trump’s California visit