Trump has slight edge on Clinton in several battleground states 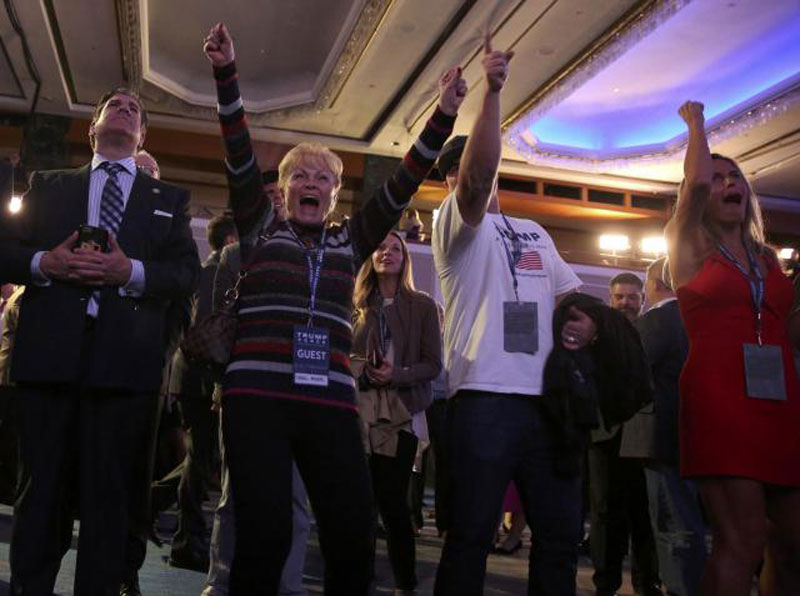 Republican Donald Trump held slight leads in the vital battleground states of Florida, Virginia, North Carolina and Ohio on Tuesday, clinging to a narrow advantage over Democrat Hillary Clinton in key states that could decide their race for the White House.

With voting completed in more than two-thirds of the 50 U.S. states, the race was too close to call in Ohio, Florida, North Carolina, Pennsylvania, New Hampshire and Virginia, leaving the race for the White House on a knife's edge.

Both candidates scored victories in states where they were expected to win. Trump captured conservative states in the South and Midwest, while Clinton swept several states on the East Coast and Illinois in the Midwest.

But Trump's slight edge in Florida, Virginia, North Carolina and Ohio gave him an early advantage in the state-by-state fight for 270 Electoral College votes needed to win.

Clinton had more options to reach 270, with Trump needing a virtual sweep of about six toss-up states to win. But a Trump win in those four states would make it nearly impossible for Clinton to clinch the White House.

Clinton is seen by financial markets as more likely to ensure financial and political stability and as the early election results showed a close battle, the U.S. dollar skidded in wild Asian trade on Wednesday. 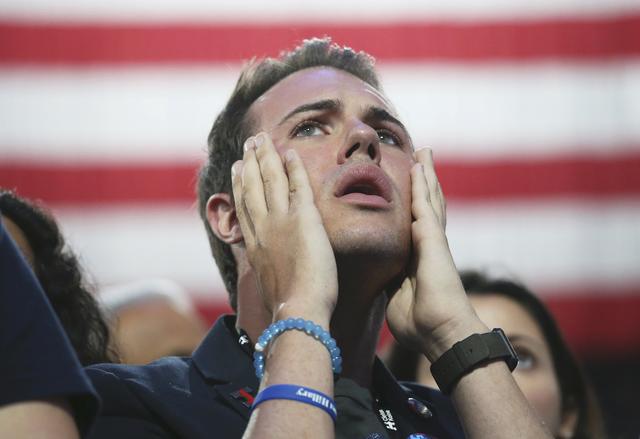 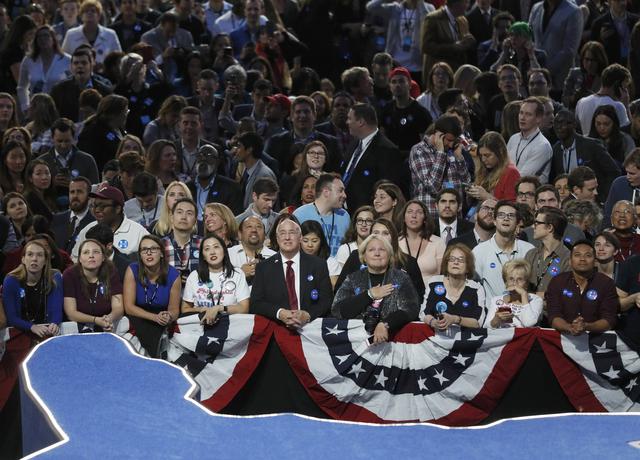 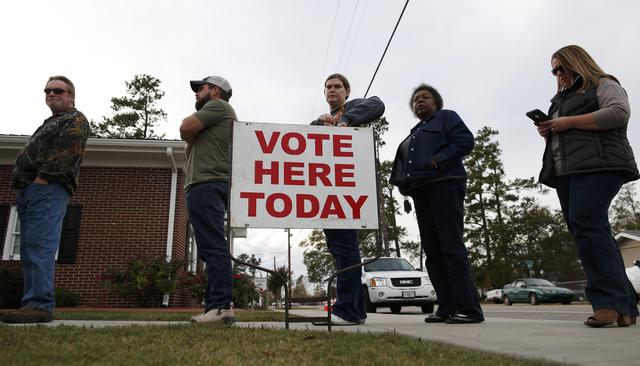 People wait in line to cast their ballots at the Aynor Town Hall during the U.S. presidential election in Aynor, South Carolina, U.S. November 8, 2016. 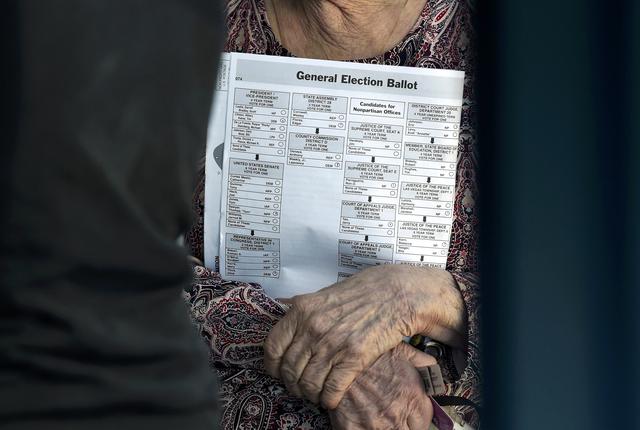 A woman carries her sample ballot before she casts her ballot during voting in the 2016 presidential election at Desert Pines High School in Las Vegas, Nevada, U.S November 8, 2016. 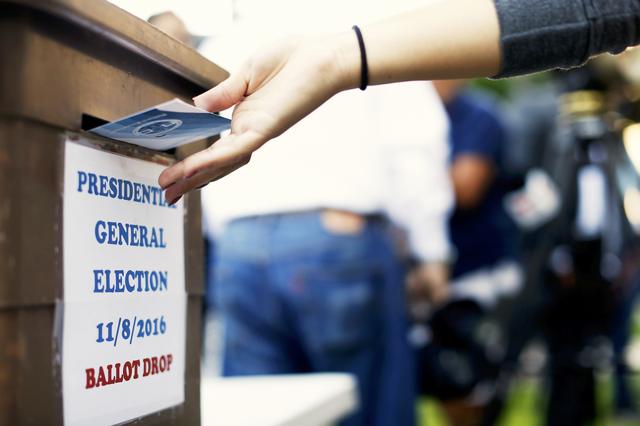 A woman drops her ballot during the presidential election at LA County Registrar Office in Norwalk, California, U.S., November 8, 2016. 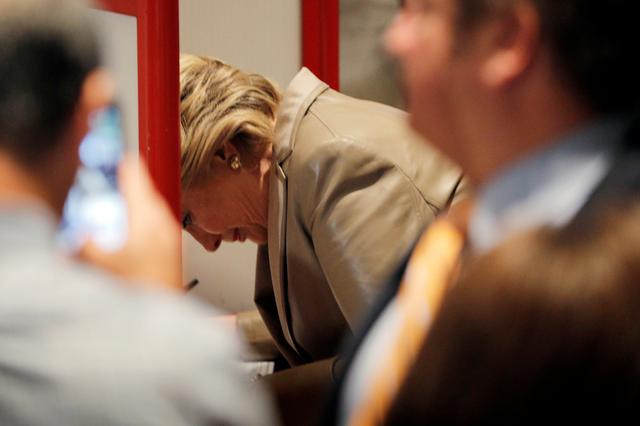 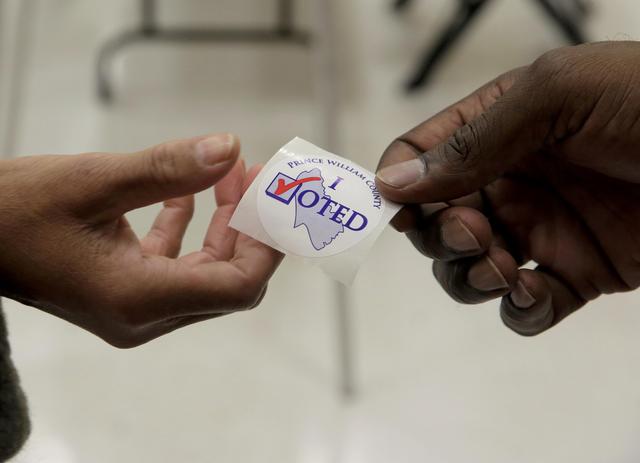 A poll worker hands out an ''I voted'' sticker to a voter during the U.S. presidential election at Potomac Middle School in Dumfries, Virginia, U.S., November 8, 2016.

Much of the action was in currencies where the Mexican peso has become a touchstone for sentiment on the election, as Trump's trade policies are seen as damaging to Mexico's export-heavy economy.

Going into Election Day, Clinton led Trump, 44 percent to 39 percent in the last Reuters/Ipsos national tracking poll. A Reuters/Ipsos States of the Nation poll gave her a 90 percent chance of defeating Trump and becoming the first woman elected U.S. president.

Also at stake on Tuesday was control of Congress. Television networks projected Republicans would retain control of the House of Representatives, where all 435 seats were up for grabs.

In a presidential campaign that focused more on the character of the candidates than on policy, Clinton, 69, a former U.S. secretary of state, and Trump, 70, a New York businessman, accused each other of being fundamentally unfit to lead the country.

NEW YORK, Nov 8: With hours to go before Americans vote, Democrat Hillary Clinton has about a 90 percent chance of... Read More...