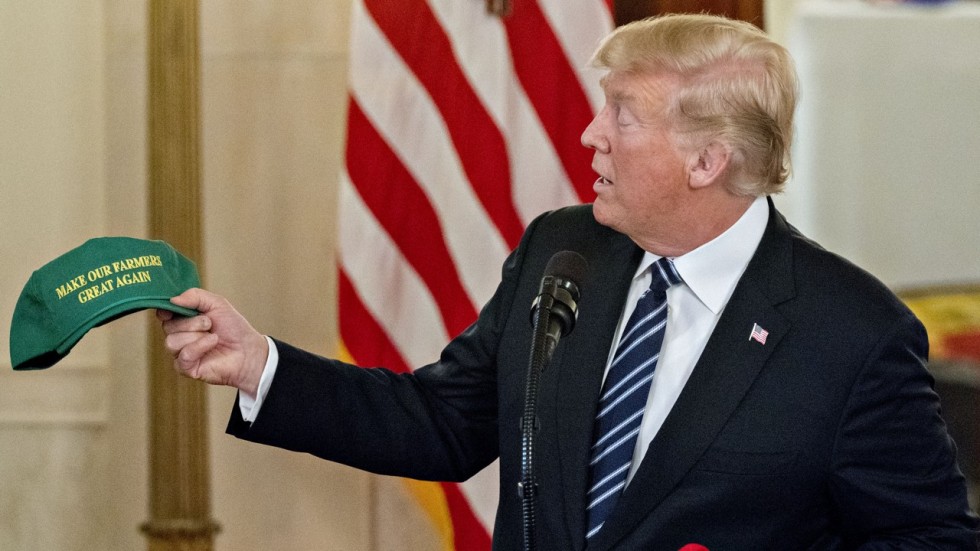 WASHINGTON DC, July 25: The Trump administration has extended $12 billion in emergency financial assistance to farmers negatively affected by the ongoing trade war between the U.S. and China, among others, Politico reported Tuesday.

With tens of billions of dollars in tariffs already in effect and the possibility of tariffs on exports worth hundreds of billions of dollars on the table, a number of American industries are on edge. Producers of U.S. agricultural products, a key industry and major U.S. export, are already starting to feel the pressure as Beijing purposefully targets an important constituency for President Donald Trump.

Soybean farmers in particular have taken a hit, with prices dropping as China imposes retaliatory tariffs on U.S. farm products. In June, soybean prices dropped to a nine-year low,according to CNBC.

“The actions today are a firm statement that other nations cannot bully our agricultural producers to force the United States to cave in,” Agriculture Secretary Sonny Perdue saidTuesday as the assistance program was announced, “This administration will not stand by while our hard-working agricultural producers bear the brunt of unfriendly and illegal tariffs.”

The aid will be distributed to U.S. farmers through three different mechanisms managed by the Department of Agriculture, The Washington Post reported Tuesday. The three programs will apparently include direct assistance, a trade promotion program, and a food purchase and distribution program. Based on policies from the Great Depression, the assistance plan, which has been in the works for month, will not require congressional approval.

The president previously directed Perdue to develop solutions to protect agricultural workers from any unintended fallout from U.S. trade disputes with foreign countries. “Farmers are resilient. They understand that China has not been playing fair,” Perdue toldCNBC last month, “They are patriots, but they also know that patriotism can’t pay the bills and that’s where they are concerned.”

Failed negotiations and threats have started to evolve into punitive policies, especially when it comes to America’s dealings with Beijing.

The president said last week that he is ready to place tariffs on all $500 billion worth of Chinese exports to the U.S. “I’m not doing this for politics, I’m doing this to do the right thing for our country. We have been ripped off by China for a long time,” Trump told CNBC’s Joe Kernen in a “Squawk Box” interview.

While some are in favor of the White House’s plans to protect its agricultural base, others suggest that the assistance programs will distort markets.

Donald Trump has threatened to escalate a global trade war on the EU and Canada, hours before he meets their... Read More...

Xi vs Trump: Who has the better hand in potential trade war?

NOC is still at a Rs 50 billion loss.  Who is then making the profit from higher prices of petroleum products?
9 minutes ago