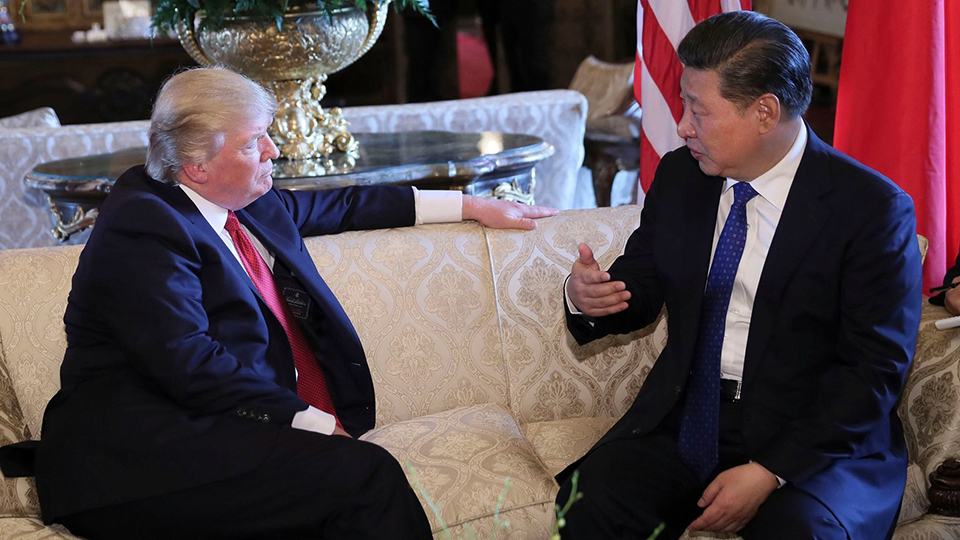 Trump and Xi must find a way to defuse the looming crisis on the Korean Peninsula, or manage the results should diplomacy fail.

NEW YORK: US President Donald Trump is spending nearly two weeks in Asia, visiting Japan, South Korea, China, Vietnam, and the Philippines. Putting China at the center of the trip makes sense because it constitutes the most important stop in both strategic and economic terms.

North Korea will dominate much of the conversation when Trump is in China, in large part because he is counting on Chinese leaders to solve the North Korea problem for the United States. This approach is understandable, because the bulk of North Korea’s trade transits Chinese territory, and China could exert enormous pressure on the North if it so chose.

But Trump will likely come away disappointed. China will resist deploying its full leverage, lest it undermines North Korea’s stability and ends up worse off as a result. The irony and potential tragedy of China’s position is that allowing North Korea to increase and improve its nuclear and missile arsenals could fuel momentum toward war, or lead South Korea, Japan, or both to reconsider their non-nuclear postures. Any of these outcomes would be inconsistent with Chinese strategic interests; but, like many governments, China’s leaders will seek to avoid difficult decisions in the short run, even if this results in damaging outcomes over time.

The North Korea problem is but one of many on the Sino-US agenda, which includes other geopolitical matters (most notably, the situation in the South China Sea and the status of Taiwan). There are also economic issues that need to be addressed, such as China’s failure to respect intellectual property, its large government subsidies to export-oriented firms, its restriction of access to its market, and its efforts to require foreign firms doing business in China to transfer advanced technology to Chinese firms.

The list of issues dividing these two important and powerful countries is thus long and difficult, reinforcing the pessimism of those who predict that the bilateral relationship will continue to sour. One of the arguments that the pessimists marshal is the historical pattern whereby rising and established powers tend to end up competing with one another, or even fighting.

One recent book, by the Harvard political scientist Graham Allison, focuses on the so-called “Thucydides Trap,” named after the ancient Greek historian who chronicled the competitive relationship that ultimately produced the Peloponnesian War between a rising Athens and Sparta, the superpower of its day. Allison portrays China and the US in these roles and calls his book Destined for War.

Such predictions are unwarranted. They discount the dampening effect of nuclear weapons, which for more than four decades helped keep the Cold War between the US and the Soviet Union from turning hot. They also overlook the ability of the US and China to finesse their disagreement over Taiwan. Diplomacy can and will matter; little is inevitable in international relations.

Indeed, the US and China have managed to keep their ties on a relatively even keel, despite the disappearance of the original rationale for their relationship—shared antipathy toward the Soviet Union—when the Cold War ended a quarter-century ago. The extensive economic relationship that has evolved since then has given both countries a stake in maintaining good relations. And, given China’s need for external stability to pursue economic development, its leaders have acted with considerable restraint.
Still, the pessimists’ concerns cannot be dismissed. After all, countries often fail to act in their own self-interest, or events simply spin out of control. For example, Chinese leaders may be tempted to act more assertively to placate public opinion amid a slowing economy, and to take advantage of opportunities created by the US that has retreated from regional trade accords.

The stakes are high, as the history of the twenty-first century will be affected in no small part by the character of the Sino-American relationship. Trump, who vacillates between tough criticism of China over trade and encomiums to President Xi Jinping, will have to balance pressing his legitimate concerns over trade with the need to avoid starting a trade war. And Xi will have to judge what he can give to satisfy his American visitor without jeopardizing his or the Party’s standing in the eyes of the Chinese people.
North Korea, though, will be the biggest test. Trump and Xi must find a way to defuse the looming crisis on the Korean Peninsula—or manage the consequences should diplomacy fail and war erupt. In the latter scenario, it would be essential that a second Korean War not lead to direct US-Chinese combat, as the first one did. And cooperation would be essential to maintain control over North Korea’s nuclear materials. All of this will require deft diplomacy. Trump and Xi, one sincerely hopes, will soon be laying the groundwork for it.

The author is president of the Council on Foreign Relations