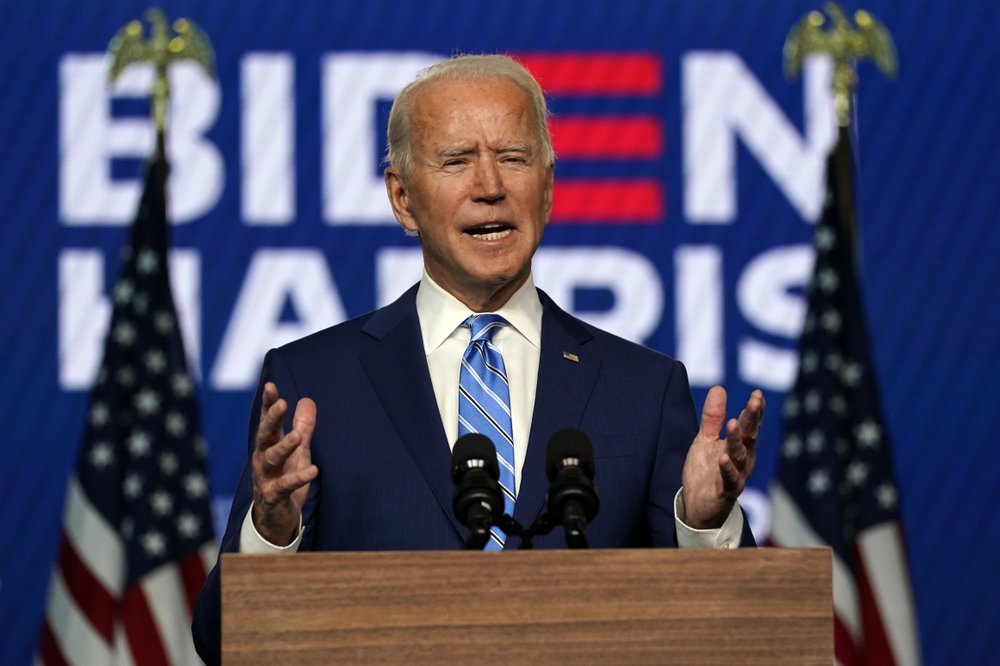 WASHINGTON/WILMINGTON, Del., Nov 24: After weeks of defiance, President Donald Trump on Monday allowed officials to proceed with a transition to President-elect Joe Biden, giving his Democratic rival access to briefings and funding even as he vowed to persist with efforts to fight the election results.

Trump, a Republican, has alleged widespread voter fraud in the Nov. 3 election without providing evidence. Although he has not acknowledged Biden’s victory since the former vice president clinched the Electoral College more than two weeks ago, Trump’s announcement on Monday was the closest he has come to admitting defeat.

The Trump campaign’s legal efforts to overturn the election have almost entirely failed in key battleground states, and a growing number of Republican leaders, business executives and national security experts have urged the president to let the transition begin.

Biden won 306 state-by-state electoral votes - well over the 270 needed for victory - to Trump’s 232. Biden also leads by over 6 million in the national popular vote.

He has begun naming members of his team without waiting for government funding or a Trump concession. But Democrats have accused the president of undermining U.S. democracy with his refusal to accept the results.

On Monday, the General Services Administration, the federal agency that must sign off on presidential transitions, told Biden he could formally begin the hand-over process. GSA Administrator Emily Murphy said in a letter that Biden would get access to resources that had been denied to him because of the legal challenges seeking to overturn his win.

That announcement came shortly after Michigan officials certified Biden as the victor in their state, making Trump’s legal efforts to change the election outcome even more unlikely to succeed.

‘BEST INTEREST OF OUR COUNTRY’

Trump and his advisers said he would continue to pursue legal avenues, but his tweet served as a sign that even the White House understood it was getting close to time to move on.

“Our case STRONGLY continues, we will keep up the good ... fight, and I believe we will prevail! Nevertheless, in the best interest of our Country, I am recommending that Emily and her team do what needs to be done with regard to initial protocols, and have told my team to do the same,” Trump said in a tweet.

A Trump adviser painted the move as similar to both candidates getting briefed during the campaign, and said the president’s tweet was not a concession.

A statement by the Biden transition said meetings would begin with federal officials on Washington’s response to the coronavirus pandemic, along with discussions of national security issues.

“This is probably the closest thing to a concession that President Trump could issue,” said Senate Democratic leader Chuck Schumer.

The move by the GSA means Biden’s team will now have federal funds and an official office to conduct his transition until he takes office on Jan. 20. It also paves the way for Biden and Vice President-elect Kamala Harris to receive regular national security briefings that Trump also gets.

Biden, who has said he would undo Trump’s “America First” policies, also named Jake Sullivan as his national security adviser and Linda Thomas-Greenfield as U.S. ambassador to the United Nations - both with high-level government experience.

The 78-year-old Democrat is assembling an administration from his home in Delaware as he prepares to lead a country facing its greatest public health crisis in living memory.

He is also likely to tap former Federal Reserve Chair Janet Yellen to become the next Treasury secretary, said two Biden allies, who spoke on condition of anonymity to discuss a personnel decision that was not yet public.

China congratulates Biden on being elected US president

BEIJING, Nov 13: China on Friday became one of the last major countries to congratulate Joe Biden on being elected... Read More...