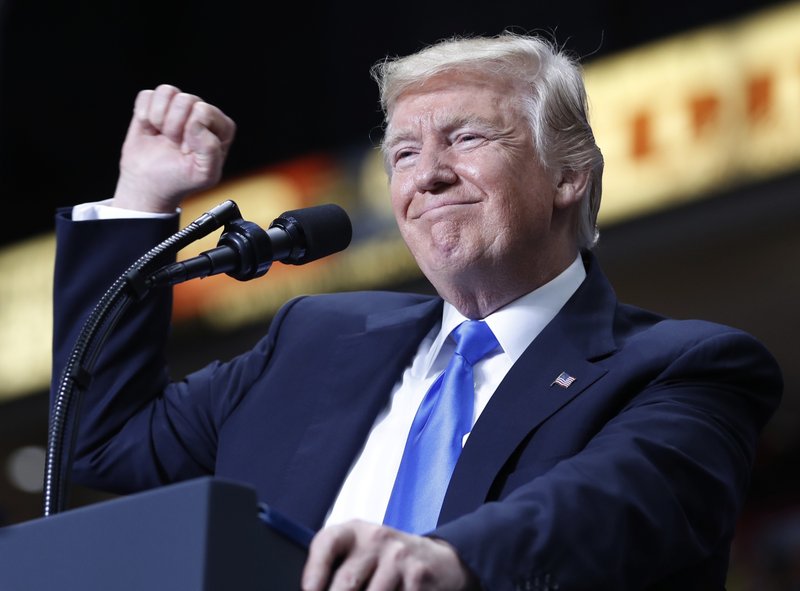 WASHINGTON, Jan 28: President Donald Trump says he is skeptical about climate change, but says he might sign the United States back up to the Paris climate agreement.

“There is a cooling, and there’s a heating. I mean, look, it used to not be climate change, it used to be global warming. That wasn’t working too well because it was getting too cold all over the place,” Trump said in comments published on Sunday.

Although global warming and climate change are often used interchangeably, they are indeed slightly different. Global warming refers only to the Earth’s increasing surface temperature, whereas climate change is a broader term which includes the other effects of carbon pollution, such as changing weather patterns.

So far, several studies have been conducted to gauge the consensus reached among climate scientists on human-caused global warming, with 97 percent emerging as an accurate estimate of the proportion who agree with it.

“The ice caps were going to melt, they were going to be gone by now, but now they’re setting records. They’re at a record level,” Trump said.

His comments were similar to those often made by climate change skeptics that global warming has stopped, or even reversed, in recent years.

But recent figures provided by the Met Office, NASA and the US National Oceanic and Atmospheric Administration indicated that 2017 was one of the hottest years ever recorded.

“Forget what the skeptics will tell you, climate change is real and is happening right now,” said Professor Martin Siegert, a climate change expert at Imperial College London, in response to the figures.

Meanwhile, Trump said if there is a good agreement, he would sign the US back up to the Paris climate accord he withdrew from in June last year.

“The Paris accord, for us, would have been a disaster,” he told Britain’s ITV channel. “If they made a good deal … there’s always a chance we’d get back.”

Trump had vowed during the election campaign to "cancel" the landmark 2015 global agreement within 100 days of becoming president on January 20.

The agreement entered into force on November 4, 2016 and has been signed by 197 countries, of which 174 have now formally ratified it.

The climate deal seeks to halt average global warming at no more than 2 degrees Celsius (3.6 degrees Fahrenheit) above pre-industrial temperatures by 2050. It also sets out a goal of reaching a limit of 1.5 degrees Celsius, if possible.

WASHINGTON, JUne 1: President Donald Trump says he will announce his decision on whether to pull the United States out of... Read More...

TAORMINA, Sicily, May 27:President Donald Trump says he’ll make a final decision on whether the U.S. will stay in the... Read More...