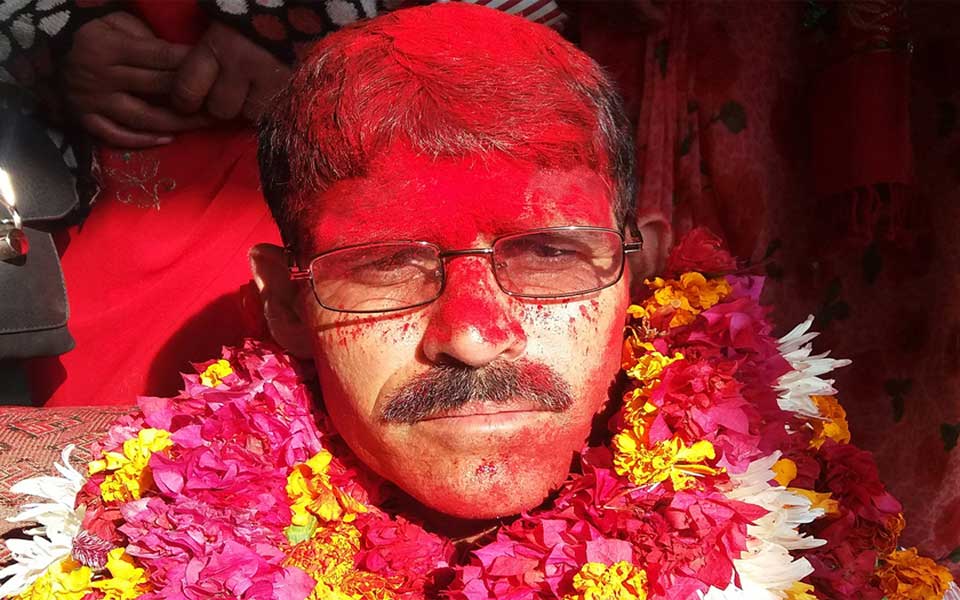 KATHMANDU, Feb 15: Trilochan Bhatta, CPN (Maoist Center) has been appointed as the chief minister of Province 7. Bhatta is the parliamentary Party leader.

According to the Office of Provincial Chief, CM elect Bhatta will take the oath of office and secrecy on Saturday. Bhatta won provincial assembly election from Doti ‘B’.

Bhatta had presented a claim to be the CM after gathering support from the Left Alliance.

Of the total 51 PA members in the Province,  25 are from UML, 14 from Maoist Center, 12 from Nepali Congress and 2 from Rastriya Janta Party, Nepal.

Arjun Bahadur Thapa from UML was appointed on Speaker for Provincial Parliament of Province-7 on Tuesday. He was elected PA member from Bhajhang.

Prosperous province with proper use of resources: CM Bhatta

KATHMANDU, Mar 14: Trilochan Bhatta, Chief Minister of Province seven has stated that the province will be prosperous with the... Read More...