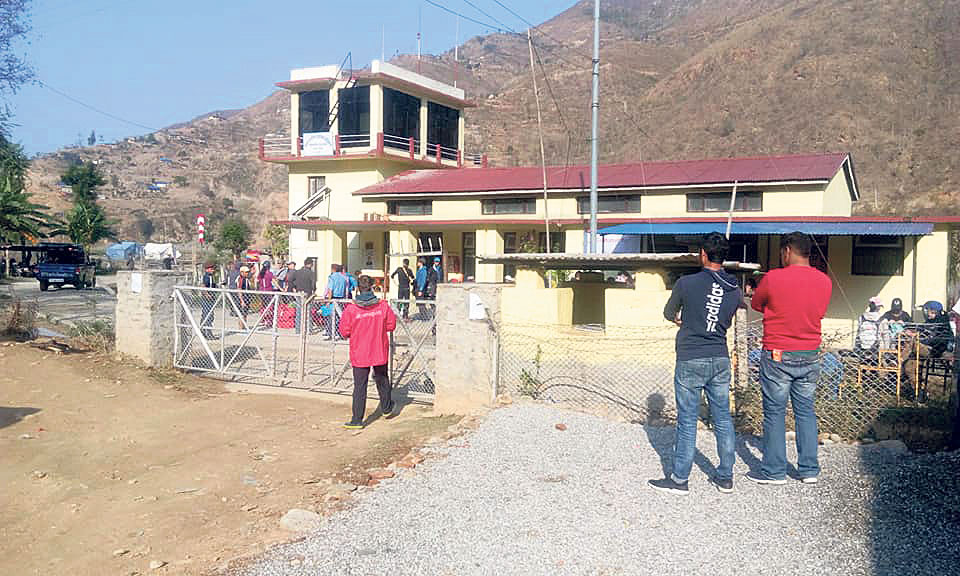 KATHMANDU, July 24: Tourism entrepreneurs, who were initially apprehensive about the decision to divert Lukla flights from Tribhuvan International Airport (TIA) in Kathmandu to Manthali Airport in Ramechhap, are now taking the decision positively.

Civil Aviation Authority of Nepal (CAAN) has already decided to close TIA for seven hours from September 1 to December 31, which happens to be a high season for tourism business, for rehabilitation of the airport’s taxiway.

Madhav Nepal, co-founder of Mosaic Adventure – a trekking outfitter – told Republica that the decision to divert Lukla flights from Kathmandu to Ramechhap means trekkers will no longer have to wait at the airport for hours waiting for their flights to take off. “Though amenities at Ramechhap are not like in the capital, flights take off on time. As most of the tourists going to Lukla are adventure lovers, they will easily adapt to the accommodations available in Ramechhap,” Nepal added.

CAAN had diverted Lukla flights from Kathmandu to Manthali airport earlier in the spring tourism season, which ended in May, for runway rehabilitation. While tourism entrepreneurs were worried at the beginning, they say the decision to divert flights didn’t create any problem for them.

“We are planning to open Kathmandu airport for only 17 hours between September 1 and December 31. So, flights to Lukla will operate from Ramechhap during the period,” said Trilochan Poudel, the information officer at the CAAN, told Republica.

Lukla is the gateway to the Everest region. The region, which is home to Mount Everest, attracts thousands of trekkers during peak season.

Madan Bhandari, founder of Regulus Treks and Expedition, said that the decision to divert Lukla flights from Kathmandu to Ramechhap was helping in tourism promotion of Ramechhap. “Though Ramechhap lacks proper infrastructures for tourists now, it will ultimately help promote tourism attractions of the district,” he added. “The decision will promote entrepreneurship in the area and create job opportunities for local people.”

Airline operators also say that the decision to divert Lukla flights to Manthali will reduce traffic congestion at the country’s only international airport. “A plane can make seven to eight trips to Lukla from Manthali, whereas it could make only around three trips from Kathmandu,” Bhim Raj Rai, senior manager of Yeti airlines, which owns Tara Air – a STOL operator – told Republica.