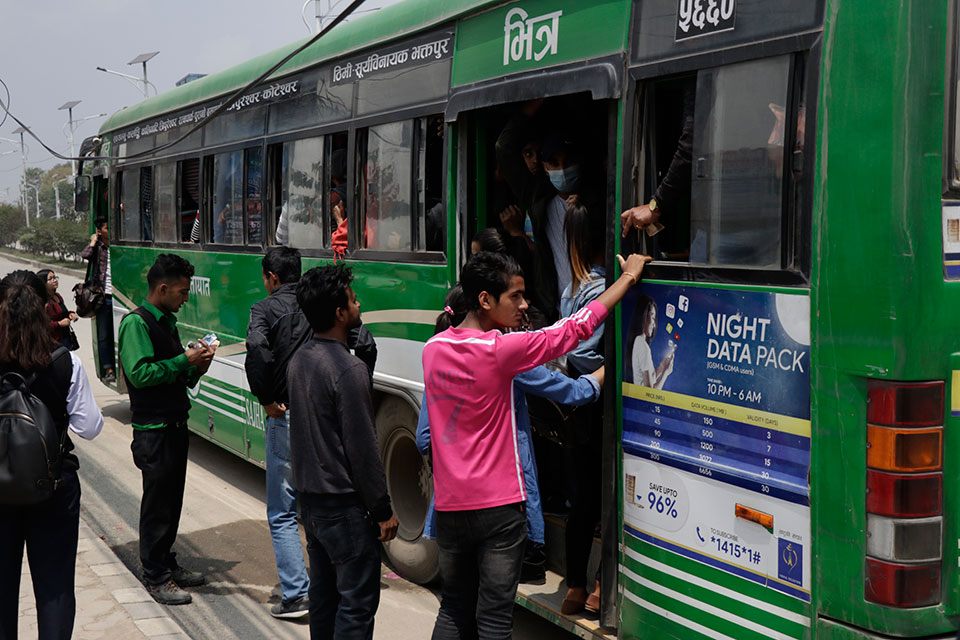 The government on Friday decided to scrap route permits of all defiant public vehicles, freeze the bank accounts maintained in the names of the transport entrepreneurs' committees and associations and also announced to investigate the property of their office bearers.

Scores of office bearers of the agitating transport committees and associations were arrested from across the country as the government showed no sign of conceding their demands, according to the home ministry. In Kathmandu, the government removed hoarding boards of all public transport syndicates from New Bus Park, Gongabu, while sparing only those registered under the Companies Act as stipulated in the Transport Management Work Procedures Directives 2060 (Amended).

Officials at the Department of Transport Management (DoTM) said they have begun scrapping the route permits of public vehicles not providing services on Friday. In Kathmandu, route permits of 26 micro buses operating from Sinamangal to Nepal Airlines Corporation Office, New Road were scrapped in the first phase, according to a spokesperson for DoTM, Tulasi Ram Aryal.

PALPA, May 5: The District Police Office, Palpa has arrested two transport entrepreneurs on the charge of halting vehicular services on... Read More...

Govt made extraordinary achievements in the past one year despite COVID-19 pandemic: PM Oli
20 hours ago

100 Days: Tokyo Olympics marked by footnotes and asterisks
20 hours ago
Biden set to withdraw U.S. troops from Afghanistan by Sept. 11
21 hours ago