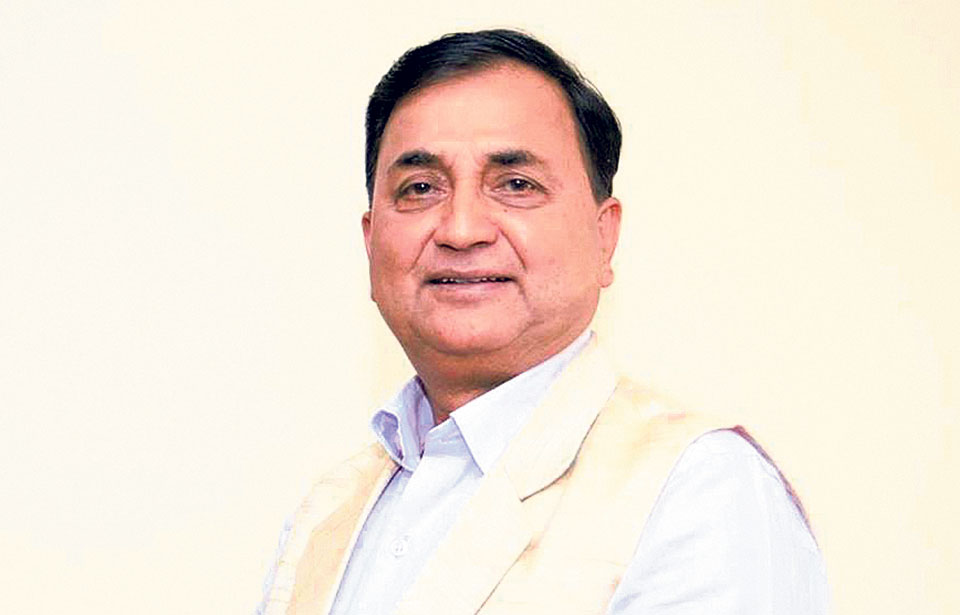 Addressing a one-day conference on “Friends of Silk Road Trans-Himalaya Connectivity Cooperation for Shared Prosperity” organized by Trans- Himalaya Development Center in the Kathmandu, Deputy Prime Minister Pokharel said that connectivity along the trans-Himalayan region is crucial for Nepal's development.

While stating that adequate discussions were needed to ensure uniformity in understanding the connectivity before initiating any action, Pokharel said that the Belt and Road Initiative (BRI) is very relevant for our development and that Nepal should not get confused from apprehensions expressed by a section of scholars.

Referring to Chinese President Xi Jinping's remarks about helping Nepal transform from a landlocked to a land-linked country by opening more and more customs points, Pokharel argued that the trans-Himalayan connectivity would bring benefits not just to Nepal but to the whole trans-Himalayan region. “The beauty of the trans-Himalayan region is unparalleled but at the same time the region is more vulnerable and we should seriously think about the possible threats of natural disasters and calamities. And, we have to move forward this by keeping this at the center,” he said.

While stating that unprecedented interdependence among countries highlights the importance of connectivity, Ambassador of China to Nepal Hou Yanqi said that better roads improve lives of the people. “Strengthening the connectivity in the Himalayan region, the most complicated topography in the world, is of great difficulty. But we never stop pursuing this challenge,” the envoy said.

“We made efforts with the hope to deepen the bilateral cooperation in the areas of trade, investment, cultural and people-to-people exchanges, and with the view to contribute to Nepal's development agenda that includes graduating from the LDC status at an early date,” the Ambassador added.

Former Foreign Minister Prakash Sharan Mahat said that Nepal should be very serious to take maximum benefits from trans-Himalayan connectivity. While adding that identification of project was very crucial based on the expert opinions and the returns of investment, Mahat argued that China could be a good source country for foreign investment to help Nepal generate employment at home and reduce the trade deficit with China.

Former Nepali ambassador to the US, Shankar Sharma highlighted the need for carrying out more research in several key areas such as the impact of railway project to the trade of Nepal and overall economy of Nepal, employment generation, improvement in people's day to day livelihoods and contribution of connectivity to the GDP.

Chairman of Trans-Himalaya Development Centre Dr Kalyan Raj Sharma said that a trans-Himalayan connectivity network agreed by the top leaders of both Nepal and China would be the best option to end infrastructure gaps and development bottlenecks in the region.

Next decade is for prosperity, development: NCP chair Dahal

KATHMANDU, Aug 10: Chairperson of ruling Nepal Communist Party Pushpa Kamal Dahal on Saturday said the next decade will be the... Read More...