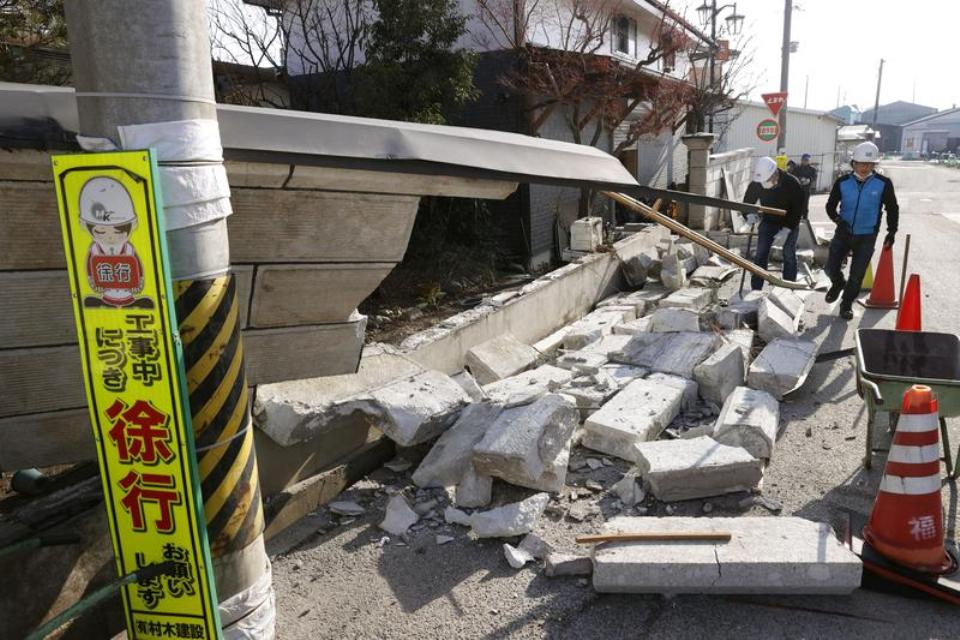 IWAKI, Feb 14: More than 100 people were injured and trains halted over a wide swathe of northeastern Japan on Sunday after the region was jolted by a major earthquake in the same area as the 2001 Fukushima quake that set off a tsunami nearly 10 years ago.

The 7.3 magnitude quake struck shortly before midnight Saturday and cracked walls, shattered windows and set off a landslide in Fukushima, the area closest to the epicentre.

The quake shook buildings in the Japanese capital Tokyo hundreds of kilometres (miles) away.

Though hundreds of thousands of buildings lost electricity just after the quake, which struck at 11:08 p.m. local (14:08 GMT), by the next morning power had been restored to most.

Several thousand households remained without water, though, and residents lined up with plastic jugs to receive water from trucks.

At least 104 people were injured, NHK national television said, including several who suffered fractures, but there were no reported deaths.

There was no tsunami, and no reports of irregularities at any nuclear plants, but the quake revived memories of the massive March 11, 2011 quake that set off a massive tsunami leading to the world’s worst nuclear crisis in 25 years.

Shinkansen bullet train service to much of northern Japan was suspended due to damage along the tracks. Service along one line was not expected to be restored until at least Tuesday.

The March 11, 2011 quake set off a series of massive tsunami that devastated a wide swathe of the Pacific coastline and killed nearly 20,000.

KATHMANDU, April 30: Female judoka Phupu Lhamu Khatri has left for Japan on Sunday for the preparations of the Tokyo Olympics... Read More...