Tourists flow via Kakarbhitta on the rise 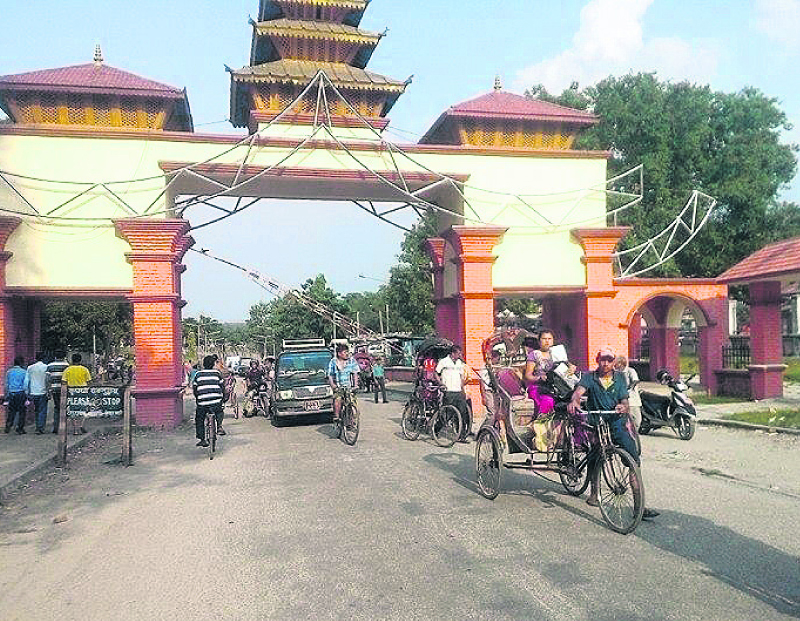 JHAPA, June 2: The number of foreign tourists entering into the country through the eastern border point of Kakarbhitta is on the rise.

Though tourist footfall was slow in the early months of 2017, the arrival figure is improving with each passing year. According to tourism entrepreneurs, tourist arrival was affected last year due Indian blockade and protest in Tarai districts.

Local tourism entrepreneur Rishi Timalsina said that tourist arrival has improved considerably over the past three months. “Security situation in the country has improved. If the positive situation continues further, the number of tourists will increase further,” he added.

According to Immigration Office, Kakarbhitta, 8,079 foreign tourists entered Nepal through the eastern border point in the first five months of the current fiscal year. “In the same period last year, the number of only around 6,000,” Ram Prasad Phuyal, chief of the office, told Republica. “Tourist arrivals had been falling since 2014. If positive environment persists, tourist footfalls can triple this year.”

Officials of Immigration Office, Kakarbhitta, however, say that tourist arrivals will be affected if political parties resort to strike and shutdowns like in the past year. “Arrival figure is this year as we have not witnessed any untoward incident. Tourists are starting to feel secure,” they say.

Prabin Bhandari, proprietor of Hotel Riyaz, said that market areas of eastern Nepal are becoming vibrant thanks to improve tourist arrivals. “Flow of Nepalis is also very high. Highways are becoming livelier and market areas are abuzz with visitors,” he added.

Hoteliers say tourists coming from Indian cities of Darjeeling, Sikkim and Kalimpong were reluctant to Nepal earlier due to security reasons. “The situation is changing for good now. 'Nowadays they are spending much more time in Nepal which is a good sign for us,” Bhandari said.

Rise in tourist footfalls is not beneficial for tourism entrepreneurs only; it is also increasing revenue for the immigration office. According to Phuyal, the office collected Rs 8.4 million in revenue in the first ten months of the current fiscal year, a rise of around Rs 1 million compared to figures of the same period of the last fiscal year.

Department of Immigration provides three types of visas to foreign tourists. It charges US $25, $40 and $100 for visa of 15 days, 30 days and 90 days, respectively.