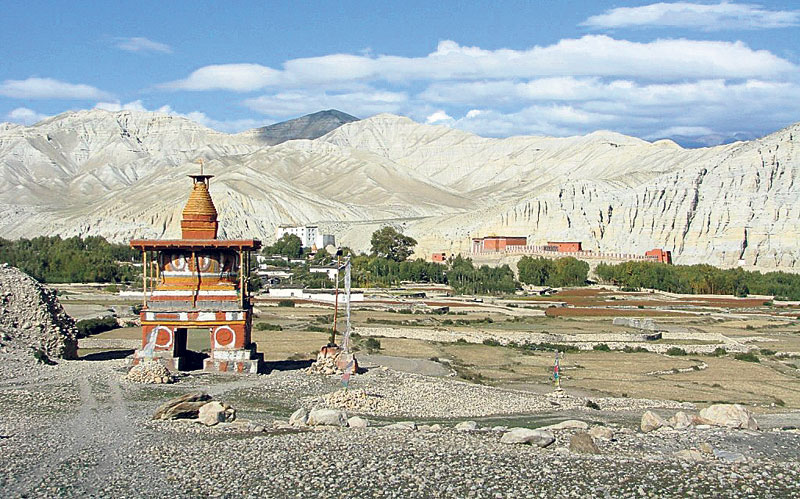 POKHARA, Sept 3: Chinese national Wu Xialong was detained from Lomanthang, Upper Mustang last month for being in the area without obtaining necessary permit from the authorities.

He was handed over to the immigration officials in Pokhara for further action. A week after his arrest, two Swiss women, Lea Johanna Burger and Dolores Zoe Berth Thimger, were also arrested from the same area for the same reason.

Though these foreigners had visa for staying in Nepal, they had not acquired permission for traveling to Upper Mustang, a semi-restricted zone for foreign tourists.

Ram Chandra Adhikari, chief at the Immigration Department in Pokhara, said the number of tourists traveling to Lomanthang without permit is very high. “Many foreigners travel to the area without getting permit for it. This can be controlled only if the administration intensifies monitoring in the area,” he said, adding that he has requested the concerned authorities in Mustang to remain vigilant to restrict foreigners from sneaking into the restricted area.

“Tourists can travel to the restricted zone in Mustang only after paying certain additional charges to the government. But due to our weakness, some visit there illegally,” Adhikari further said.

KATHMANDU, May 10: A South African man, who was caught while attempting to scale Mount Everest without permit, will most likely... Read More...

Uranium mine confirmed in Upper Mustang

LO MANTHANG, July 3: The Department of Mines and Geology has confirmed the presence of Uranium mine in Upper Mustang.... Read More...