Tourist arrivals up 11 percent in April 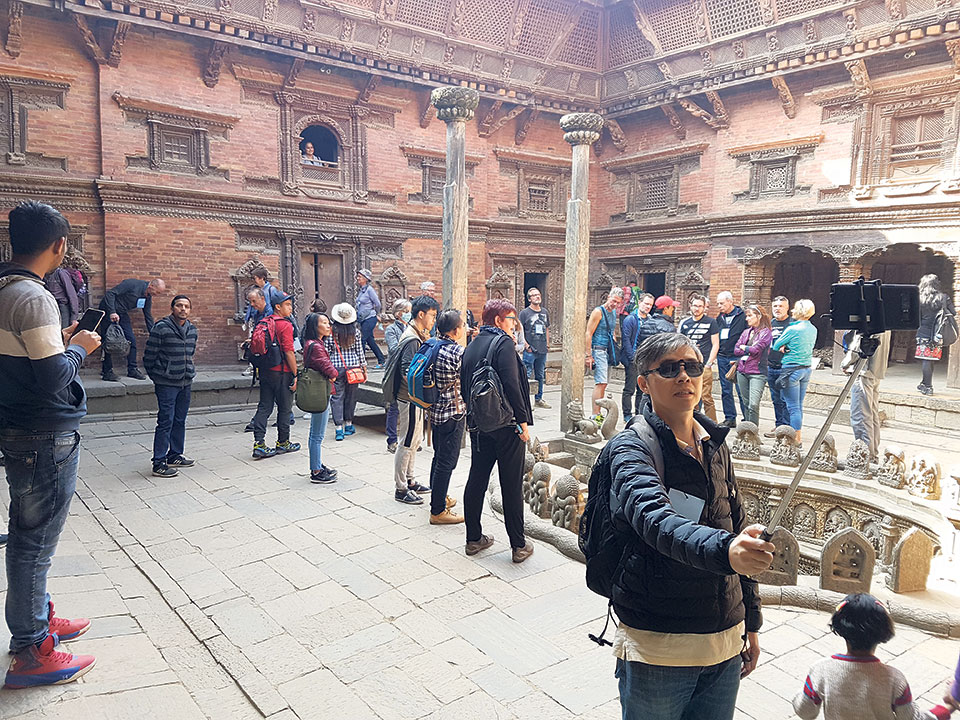 KATHMANDU, May 17: Tourist arrivals to Nepal via air grew by 11.4 percent in April compared to arrival figures of the same month a year earlier.

Data released by Nepal Tourism Board (NTB) shows that 98,650 tourists entered Nepal in the month of April this year, compared to 88,591 in April 2017.

Arrivals from India posted a healthy growth of 16.8 percent to 16,612 in April 2018. In the same month last year, 14,596 Indian tourists had entered Nepal via air, the data shows. Similarly, arrivals from China in the review month grew by a whopping 45.9 percent to 12,552. Nepal had welcomed 8,601 Chinese tourists in April 2017. The United States of America became the third largest tourist generating market for Nepal in April 2018 with 8,191 visitors. In the same month last year, 7,578 US tourists had visited Nepal.

Likewise, Nepal welcomed 6,072 and 4,446 tourists from the United Kingdom and France, respectively, in April.

Region wise, Europe was the largest contributor of tourists to Nepal in the review month. Of the total foreign tourists entering Nepal via air in April, 26.9 percent were from European countries. Total tourist arrivals to Nepal from Europe surged by 5.1 percent to 26,502 during the month. Asian countries, except SAARC, came second in the list with 23,993 tourist arrivals, followed by SAARC region which contributed 20,350 tourists in April. Arrivals from SAARC and rest of Asia regions grew by 8.5 percent and 28.1 percent, respectively, year-on-year.

According to the data, 10.2 percent and 4.6 percent of the total tourists visiting Nepal in April 2018 were from the Americas and Oceania regions, respectively.

Talking to Republica, Binayak Shah, general secretary of Hotel Association Nepal (HAN), said that impressive tourist arrival figures in the first four months of 2018 is continuation of the trend of 2017 when Nepal posted record tourist arrivals. “Successful elections in 2017 has relayed message in the international market that ‘Nepal is safe’. This has encouraged aspiring tourists to visit Nepal,” Shah added. “As March-May is considered appropriate time for adventure tourism activities like trekking and mountaineering, number of tourists is likely to increase further in May.”

He also added that though arrivals from Europe were expected to dwindle due to economy meltdown there, it didn’t affect Nepal much. “Most of the European tourists visiting Nepal are budget travelers. These backpacker tourists are mostly youngsters in their 20s who are more interested toward adventure tourism. They visit Nepal in large numbers during this time of year,” added Shah.

Achyut Sharma, 1st vice president of Nepal Association of Tour and Travel Agents (NATTA), seconded Shah. “Foreign tourists now take Nepal as a safe destination. After the earthquakes of 2015, our political situation has remained stable. This was one of the reasons why we saw impressive surge in tourist arrivals last year,” he said, adding: “It is good to note that the momentum is continuing in this year as well.”

Moreover, aggressive promotion by NTB in various websites and news outlets like TripAdvisor, BBC and Reuters has helped to bring tourists in droves. He also said number of tourists coming to Lumbini is increasing significantly in recent years.

Tourist arrivals up by 30 percent

Tourist arrivals up 28 percent in first half of 2017

KATHMANDU, July 28: After facing many ups and downs in the past couple of years, foreign tourist arrivals recorded a... Read More...

POKHARA, July 7: The Gandaki provincial government has said that it would start preparation for maintaining database of foreign tourists visiting... Read More...