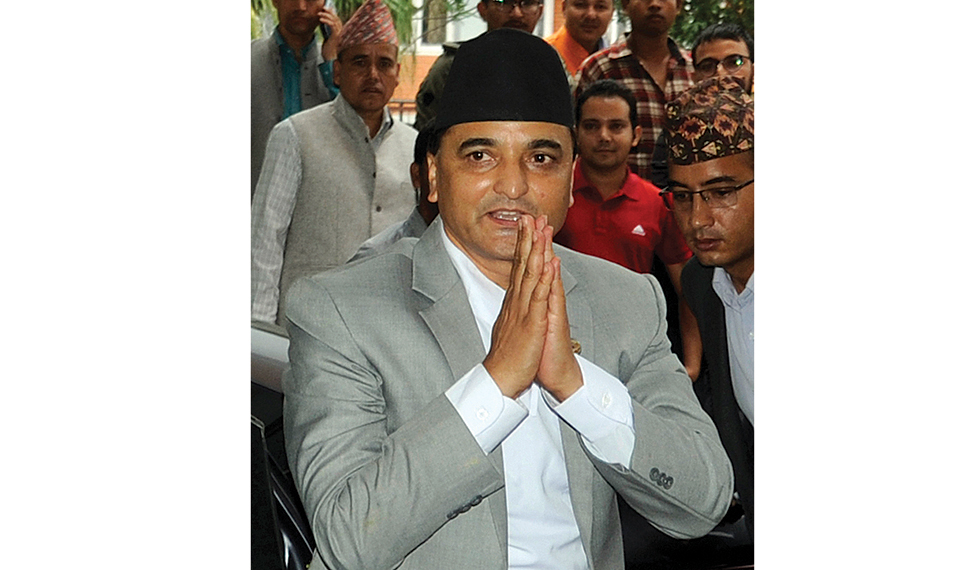 KATHMANDU, Sept 19: Minister for Culture, Tourism and Civil Aviation, Yogesh Kumar Bhattarai, has drawn the attention of the Civil Aviation Authority of Nepal (CAAN) to solve the problem of plane holding.

Minister Bhattarai directed Director General of CAAN, Rajan Pokhrel, to find out the reason behind the plane hold and make necessary reforms. The Minister, who is on the campaign of civil aviation reform, directed the CAAN for the reform, said the Minister's secretariat.

The problems surfaced on the landing of wide-body planes after the technical hitches on the engines as DMI and VHF omnidirectional radio range, which resulted in the plane holding.

Owing to the technical problem, the planes were not landed for two hours. According to the Tribhuvan International Airport, engines, as VOR and DMI conked out at 10:48, am on Thursday were repaired in one and half hour to resume the airport service.

Seven international planes had to be kept on hold for the repair.