Tourism-friendly infrastructure to be constructed in Muktinath 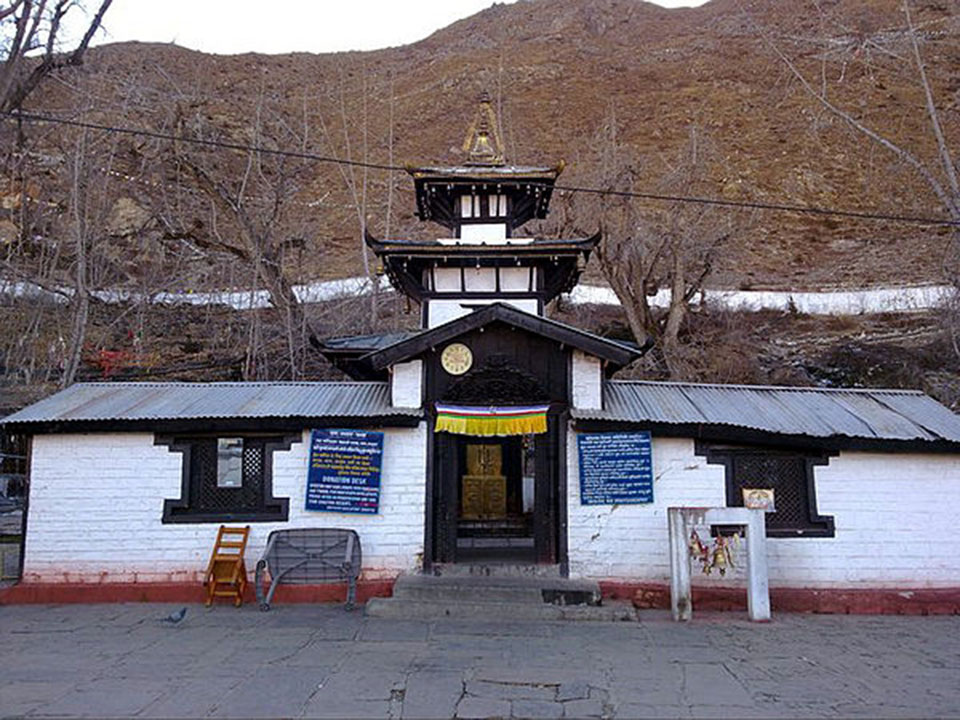 POKHARA, August 11: Nepal Tourism Board Pokhara office is to support building tourism-friendly infrastructure in the Jomsom Mukti area of Mustang district. Considering a large number of domestic as well as Indian tourists visiting the area, the road from Rani Pauwa to the Muktinath temple will be made disabled-friendly, said the manager of the office Surya Thapaliya.

The road will facilitate the traveling of the physically weak pilgrims coming to pay obeisance to Muktinath. Thapaliya was speaking at an interaction held with office-bearers of the Baragung Muktinath areas.

Accordingly, a feasibility study would soon be carried out. Likewise, a changing room, as well as a building to store pooja materials, will be constructed in Kaagbeni for the people coming for religious functions including tarpan and shradha at Kaagbeni. Also, the board has decided to promote the historical Yartung festival as well as tourist sides in the area.

The festival is being hosted by the Baragung Muktichettra rural municipality in Ranipauwa from Monday. Along with the festival, the Dhumba lake, historical Thini village and the homestay in Dharapjhong will be promoted, Thapaliya said.

According to a team of the board, including media persons will make an onsite promotional visit of the area starting Sunday. In this regard, the trekking route to Tilicho lake from Thini will also be studied.

MUSTANG, May 13: The inflow of tourists to Mustang is rising. Hotels are packed, and tourist destinations including religious one... Read More...

Modi delights locals of Mustang during his visit to Muktinath

MUSTANG, May 13: Locals of Mustang offered a grand welcome to Indian Prime Minister Narendra Modi when he visited Muktinath, a... Read More...